A collection of inspiring and modern cinematic guitar sounds, textures and loops — from ambient to apocalyptic — created and performed exclusively by renowned guitar innovator Leo Abrahams, and expertly sampled by Spitfire Audio. Designed for use in film, TV and game music and especially suited to dark, urbane, indie style scores, its early incarnation is already a directors’ and composers’ favourite. This intuitive and instantly playable toolkit will inspire any discerning media composer or producer looking for fresh sounds and atmospheric textures with an experimental edge. 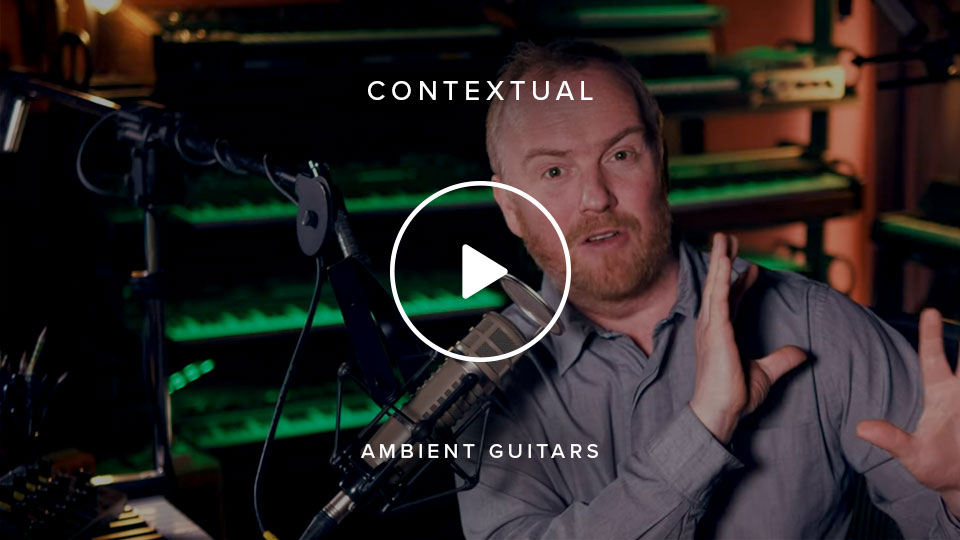 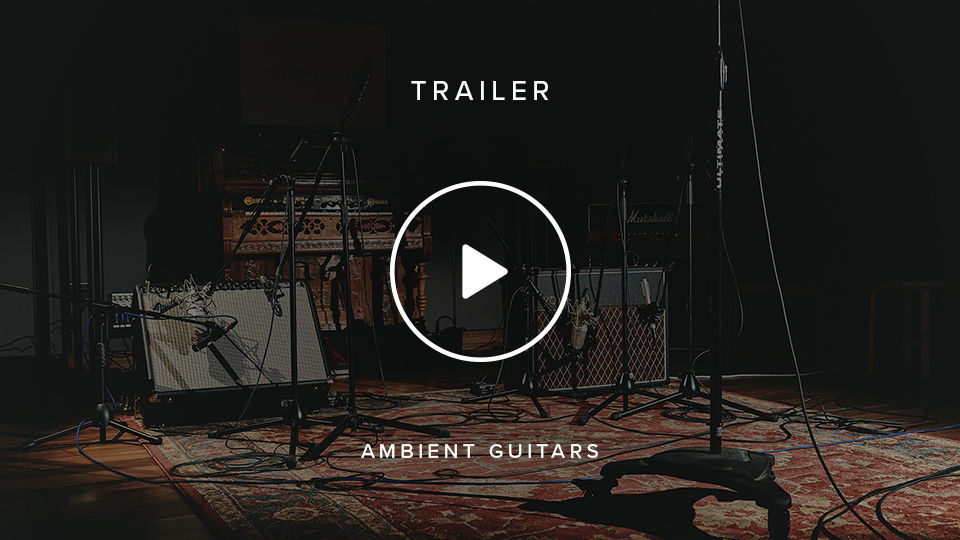 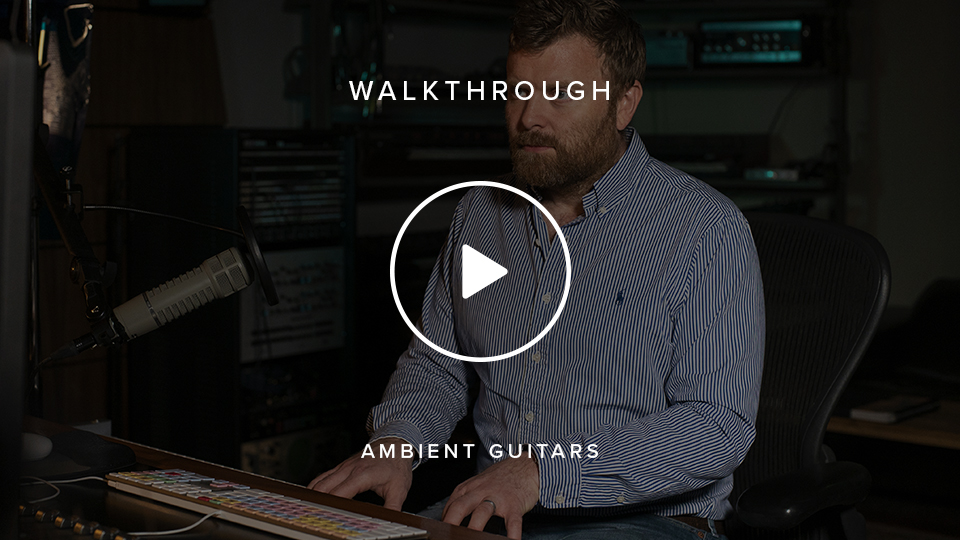 
Ambient Guitars is a collaboration between Spitfire Audio and renowned composer, producer and guitarist Leo Abrahams. Featuring amazing new material recorded in 2019 and an amalgamation of two true Spitfire classics; Enigma 1 & 2, it is now presented in our hugely versatile, dedicated eDNA Engine UI (except our Evolutions & Distorted samples). We give you over 600 sounds, including over 10GB of brand new recordings and additional curated presets. We’ve also updated this to the free Kontakt Player format, with full NKS support. From atmospheric pad sounds to dark, heavy distorted guitars, this library gives you everything you could possibly want from a guitar for media composition.


In 2013, the Spitfire team decamped to London’s legendary Pool Studios (host to artists from Nick Cave to Depeche Mode, Arctic Monkeys to Foals) to capture Leo’s cutting edge techniques, created largely on a Trussart guitar, as well as a 1960s Gibson 355 and a Danelectro Hornet, plugged into a rare and enviable collection of pedals and amps. Discover over 400 presets — weird and wonderful sounding guitars, reverberant pads, dark, distorted plucks, warped pedal FX and synths. The ‘Distorted’ collection of sounds (formerly known as Enigma 2) comprises 18 tight and punchy distorted electric guitar instruments distinct in sound and character, through three amps and a variety of pedals. Add layers of distortion and feedback to create walls of sound or devastatingly haunting, dark, distorted beauty. 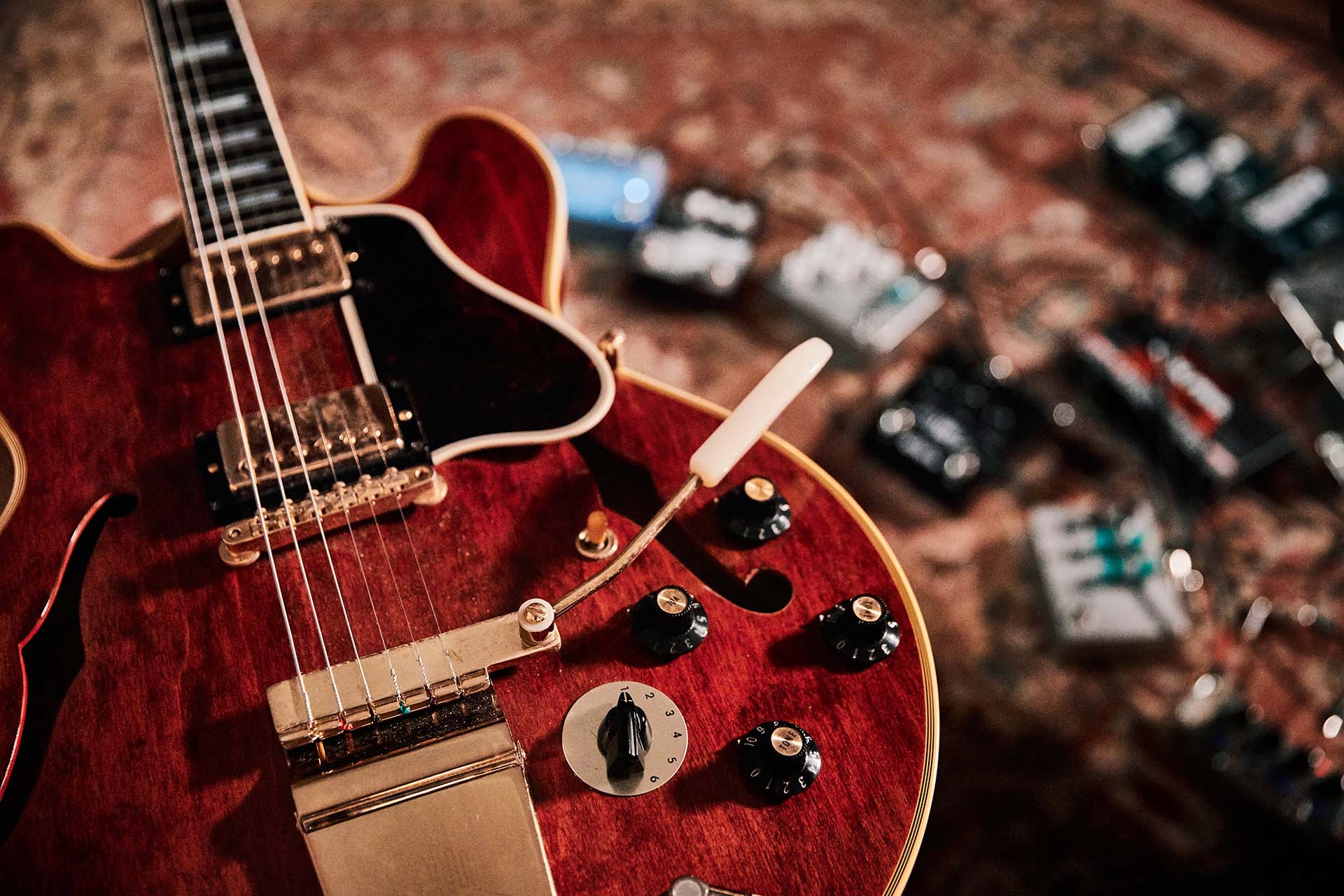 “There's such a wide variety of emotions and textures available from various fuzz boxes and guitars. I hear far too many guitar tones in soundtracks that sound generic and cheesy. I wanted to put the result of my compulsive years of eBay scouring at people's fingertips.” 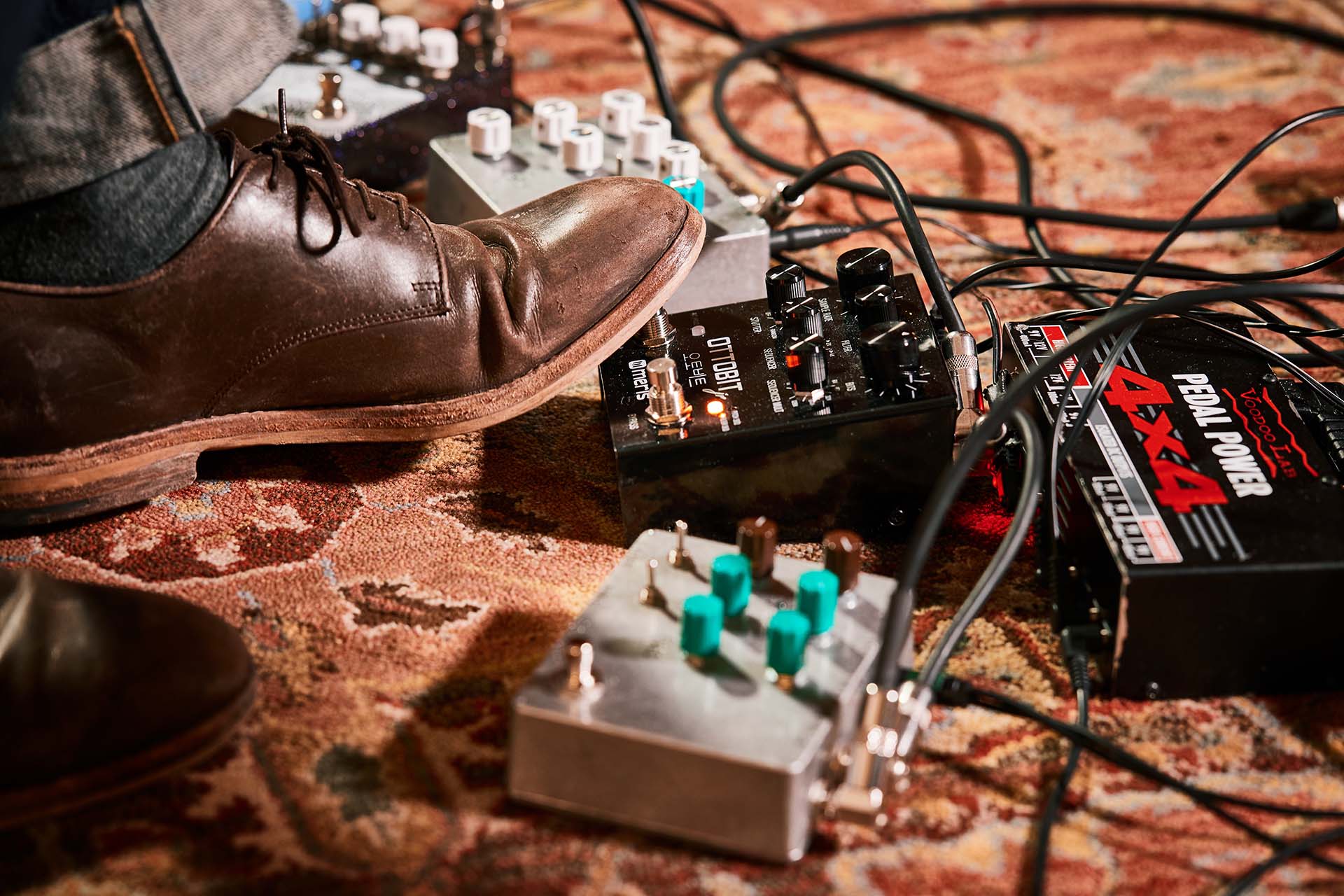 “If I’m ever asked to make something sound cool, the samples we’ve created with Leo are the ‘get out of jail’ card I can always turn to”


These versatile, contemporary soundscapes are sometimes unrecognisable as guitars — from glistening passages to guitars warped beyond recognition, plus ultra-realistic fast action picking to add movement or percussive elements. The evolutions, presented in our sophisticated 16 x 16 Evo Grid with 4 different amps and signal paths to patch in and mix, allow you to add an element of the unexpected to your composition.

Due to its organic origins, Ambient Guitars brings honest emotion to your composition, and the analogue distortion gives you an authentic layer of grit and depth not achievable with digital distortion. These sounds will layer into your mix perfectly, adding a timeless edge to a huge range of settings — from inner city scenes to desolate, sweeping vistas — for film and game composers, or discerning electronic and pop producers alike.

Almost immediately after their release, our early guitar libraries made in collaboration with Leo Abrahams, Enigma and its sequel Enigma 2: The Rapture became go-to collections for creating cinematic soundscapes, inspiring music makers the world over. In light of their success, and inspired by our immediately playable LABS Peel Guitar — distorted, but chime-like and full of character — we welcomed Leo to Spitfire Studios in 2019 to create a whole new collection of textures — Amped Guitar Pads. Our latest edition also includes 160 brand new artist presets, created by Spitfire Audio founders and award-winning composers Christian Henson & Paul Thomson. 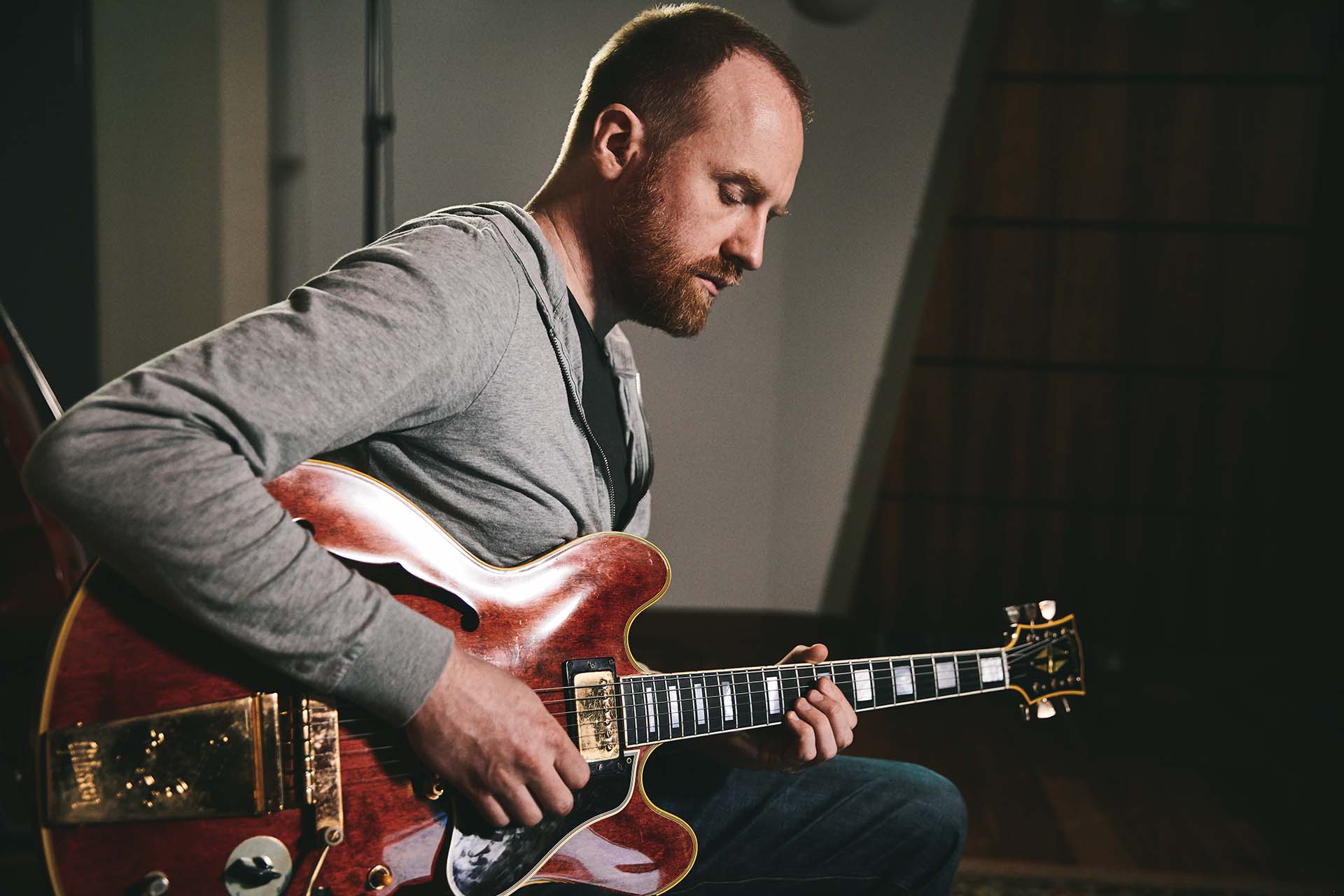 
Leo Abrahams is a trailblazing musician, composer, and producer who has recorded and toured with successful artists such as Imogen Heap, Roxy Music, Grace Jones, and Pulp. Leo has written and produced for artists including Wild Beasts, Florence & the Machine, Ghostpoet and most recently, Editors. His own records include The Unrest Cure, featuring Brian Eno, KT Tunstall and Ed Harcourt. He has composed scores for movies such as The Lovely Bones (with Eno) and Hunger (with David Holmes), and is credited as the guitarist on film scores such as '71, Ocean’s 12 and Ocean’s 8, Twilight, Green Zone, Molly’s Game & The Man from U.N.C.L.E.

"When I'm writing, I often build a sound first and let the composition evolve from it. My hope is that the guitar sounds will inspire other people to do the same, and that the ambient sounds are helpful in creating atmosphere.” 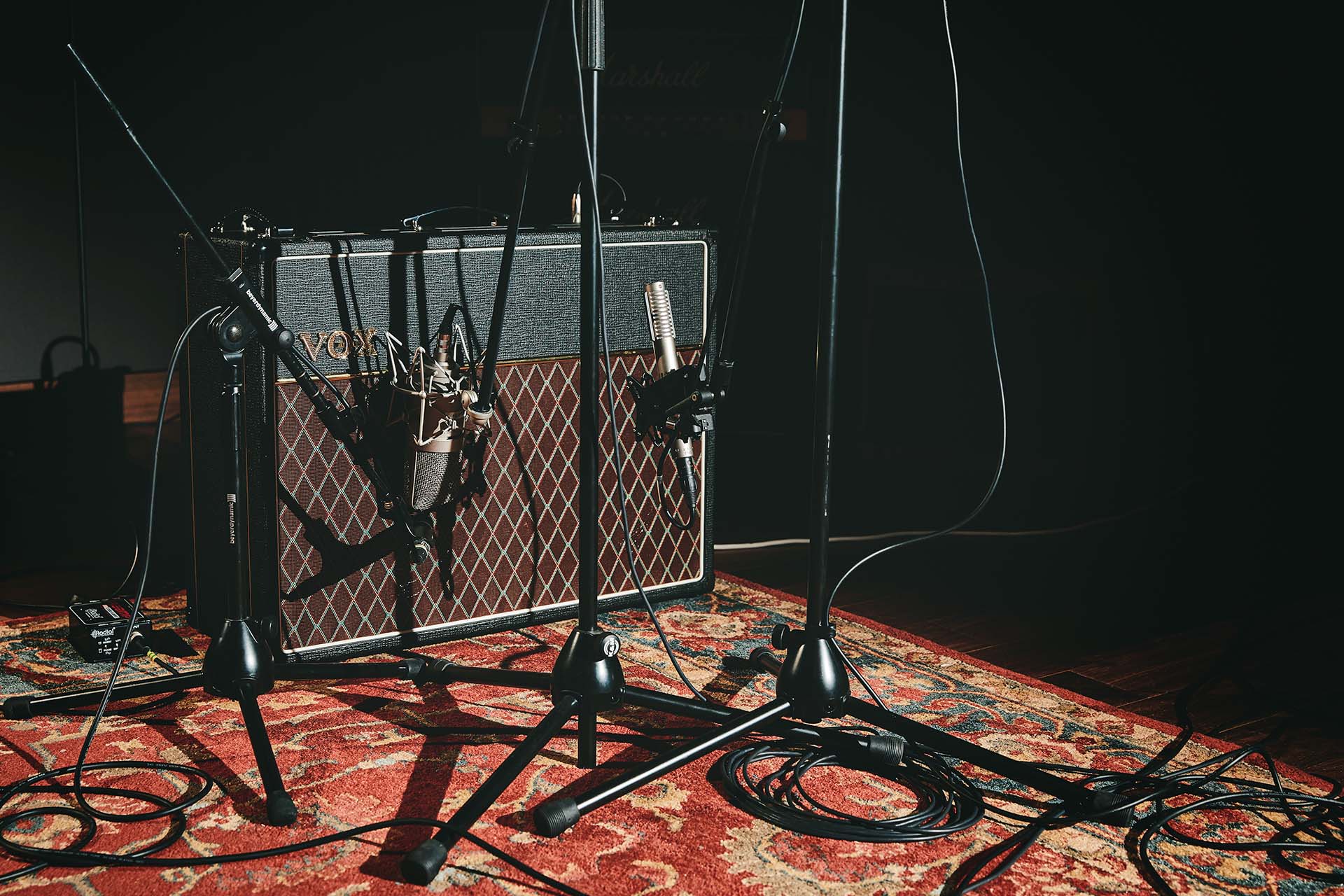 “A valuable addition to the toolkit of many film and TV composers — the distorted chaos, mutilated plucks and reflective pads are what make this library stand out." 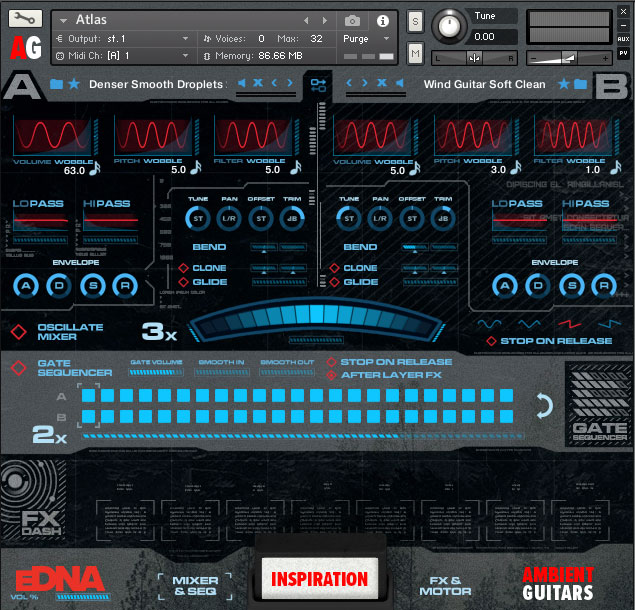 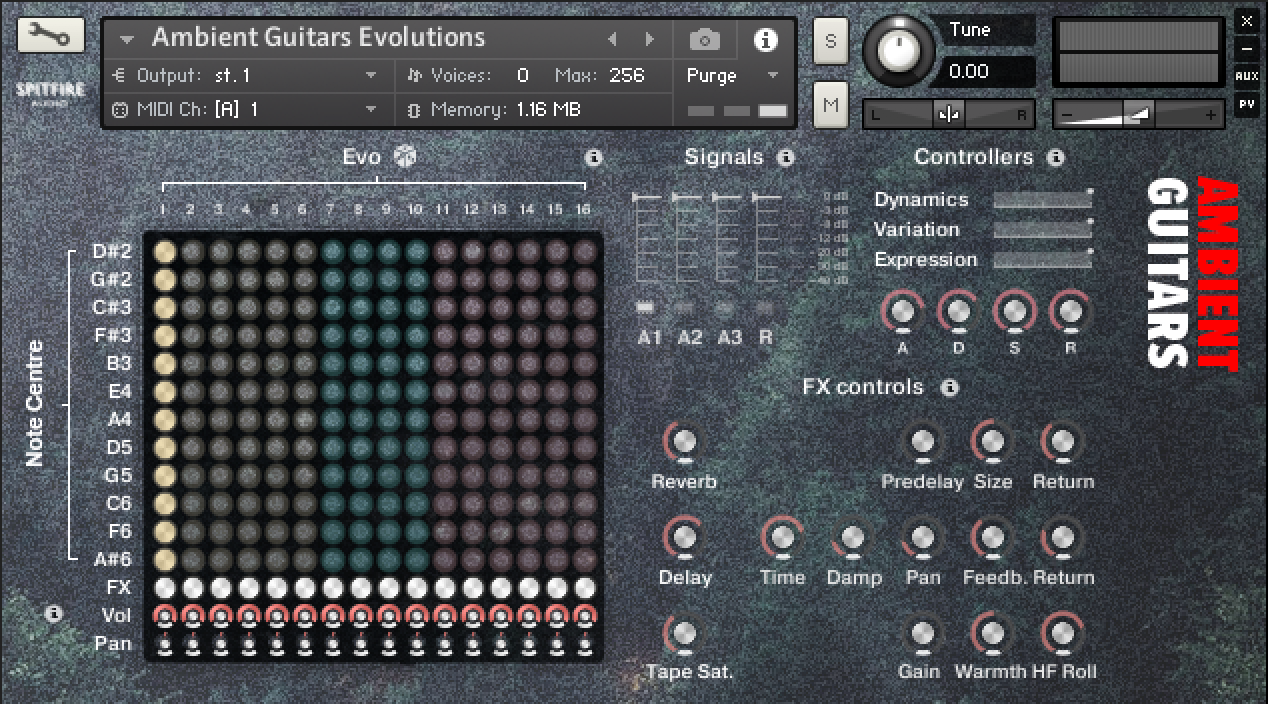