Listen to The Grange

Drums and bass only 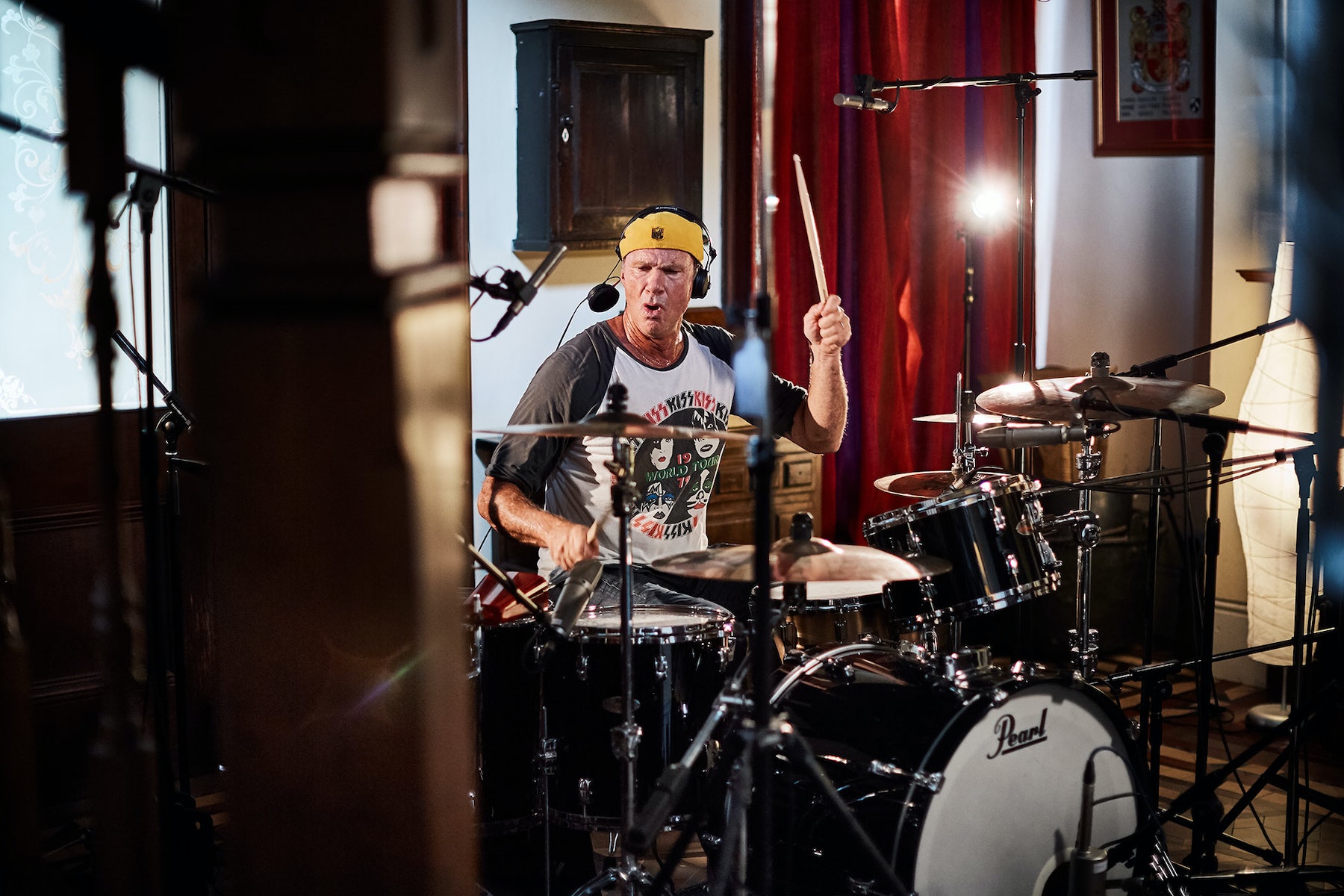 Chad Smith joined the Red Hot Chili Peppers in 1988 and immediately stamped his presence on their album Mother's Milk. With his combination of hard rock power and fluid funky playing, he formed (along with Flea) one of the most celebrated rhythm section in Rock and Roll history, working their magic on albums including, ‘One Hot Minute’, ‘Blood Sugar Sex Magik’, ‘Californication’ and ‘By the Way’.

Outside of the RHCP, Chad plays with Chickenfoot and Chad Smith's Bombastic Meatbats, as well as being the drummer of choice for producer Rick Ruben's many projects. Chad, along with RHCP, was inducted into the Rock and Roll Hall of Fame in 2012.

To say The Grange is an embarrassment of riches is an understatement. Each drummer has kindly gifted us a deeply multi sampled kit with every note played by each legend. They have also provided us with an epic anthology of literally thousands of loops. From simple straight up grooves to 'signature' beats that only these guys could provide. It is Spitfire Audio's mission to provide music makers with tools that offer an enhancement to our working lives. So this award winning group of composers, producers, engineers and technicians didn't set out to re-invent the wheel. But simply to make it work better.

The goal was singular. Make it spring out the box, make it sound like a Grammy winning, Brit garnering, Ivor Novello awarded recording. Make it work without fiddling, and make it load up and play without having to turn the f***ing hi hats down. Nick Taylor our engineer who tracked these historic recordings from conception to completion has done us so proud. The finest rarified selection of mics were enlisted to trustfully capture the magic. He used a bespoke selection of Neve and API pre-amps and, in what is a drum-sampling one-off, used the finest 2" Studer tape machine in the UK today. This matters. If you're using a drum library that isn't recorded to tape, it won't sound as good. It is rare for us to state such a fact so arrogantly. But after A-B-ing the two signals we have to agree with Roger Taylor; "It just sounds better". There is a huge number of mix options on The Grange from Nick Taylor's fabulous 3 mixes (Tight, Mid, Epic) which just spring out of the box.

And he did us proud, not a single plug in was armed in providing these mixes, he instead enlisted the fine and pristinely maintained Cadac desk and awesome selection of vintage and modern outboard of Air-Edel studios, London. Alongside his mixes are numerous different tweakable perspectives to give you the chance to "easy tweak" all the way to creating complex multi tracks of your own. Mixes and perspectives that are largely reflected in the loop library. So grab one of Andy's awesome hi hat grooves, then load his kit to work up the beat that you want.

The Grange sounds great with…