A playground of sonic discovery

A playground of sonic discovery

The second collection of unique, strange and inspiring instruments created by our favourite British sound designer and composer Pendle Poucher — lover of weird and wonderful noises, and brainchild behind innovative boutique Brighton-based sample library company, Sound Dust. Like Spitfire, Sound Dust was created by a composer for composers, producers and music makers. In Sound Dust Vol. 2, discover a diverse selection of five of their latest, most exciting instruments — from hip-hop beats to broken violas and rare distorted pianos — as you’ve never heard them before. Truly expressive, intuitive leftfield sounds that will spark your imagination.

Usually my first thought is: 'does this thing exist already?' and if it does, then I'm not interested.

Pendle is based at The Toy Rooms Studio in Brighton, UK, a breeding ground for interesting British sounds. This studio complex is a hub of renowned musicians, producers and film composers such as UNKLE, Gomez, Orbital, Nick Cave and Jed Kurzel, surrounded by a multitude of rare instruments and equipment. Pendle has been obsessed with strange sounds for as long as he can remember. He started out by playing guitar in Rough Trade signed art-pop band Butterfly Child and then started working on sound and art installations, including a permanent sound installation for the National Trust at Avebury Manor. He also worked for 10 years as sound designer and composer for award-winning theatre company DreamThinkSpeak, and has written and produced scores for the BBC and many other TV stations in the UK and beyond. For Sound Dust, Pendle mostly works alone, as he prefers to see a project through from start to finish, with laser-sharp attention to detail. “The whole Sound Dust thing started by accident. I bought a beautiful old Dulcitone off eBay... it was kind of knackered and I couldn’t really play it, so I decided to sample it. I then started selling the samples which to my surprise was amazingly popular and it all grew from there. Had I not started with the Dulcitone, Sound Dust wouldn’t be what it is today. Sound Dust is essentially me indulging my desire to make funny noises.”

In creating a Sound Dust library, Pendle does not limit himself to one type of sound or instrument — the only requirements are that it makes an interesting noise and that he can create something with it that hasn’t been heard before. As a sound designer who delights in the alternative and unexpected, he wants anything but the industry standard.

His process is far from formulaic — sometimes he will obsess over a certain type of sound and try to create it, but most of the time, what sparks his imagination is chancing upon an interesting instrument or combination of instruments, or discovering a new way of recording something. “The process usually starts with a ‘What If?’ moment. If I do this, what will happen? I’m driven by the idea that something will do something that something else doesn’t already do, or do it better. It really feeds the part of the brain that I enjoy the most. Often an idea will start as one thing and then go to an entirely unexpected place. I don’t know what I’m doing month to month, and that’s kind of exciting. The essence of Sound Dust is, you’re never sure what you’re gonna get!” Pendle injects his personality and eclectic taste into his instruments, from his unconventional recording process, down to the naming of each Sound Dust offspring.

"If I’m not happy with a name for something, I can’t release it." He describes his process as more mechanical than digital. “I’ve used various processes and techniques, for instance, bowing cellos with a long piece of garden string, attached to a dog lead, to create an extended bowing technique. And on the more technical side, convolution reverbs where you use an actual instrument sound as a convolution impulse and then push a sound through it, which is the reverse of what you would normally do. It’s a case of using your imagination — that ‘What If’ moment.” 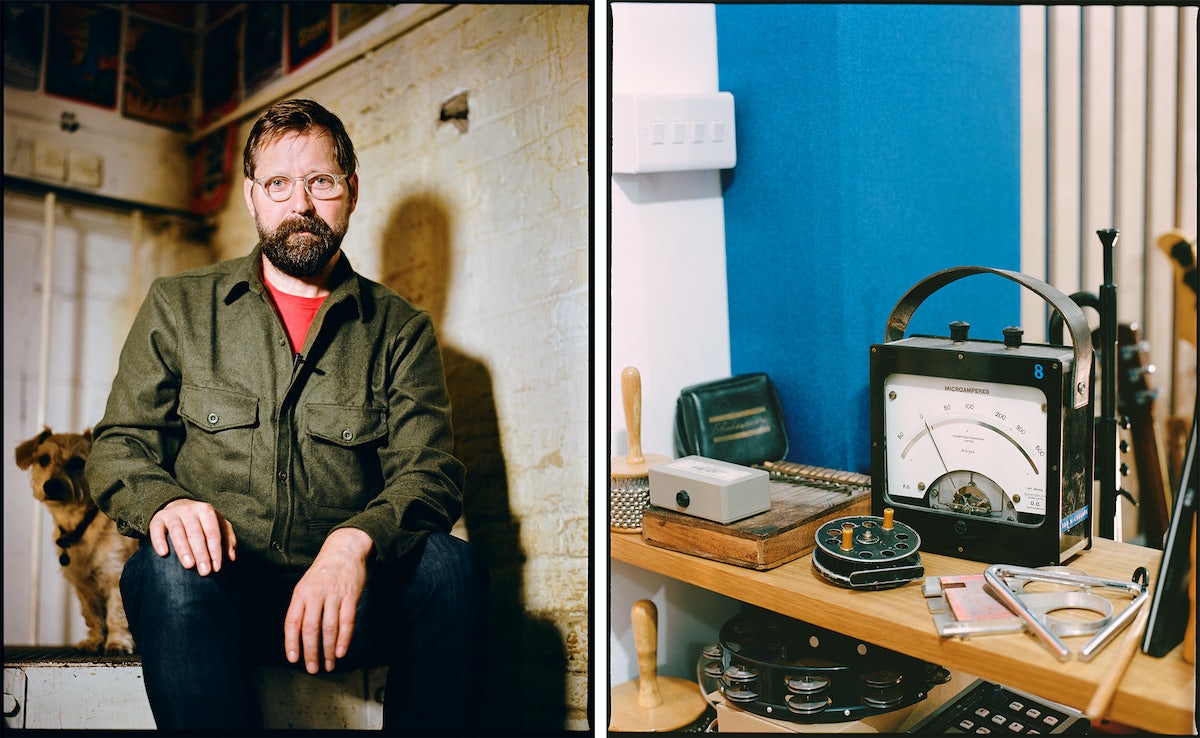 “My approach is not like a proper composer — I make organised noise. For me, the sounds are more important than the notes. I’m always thinking about the timbre and the quality of the sound, and then I try to make that into a musical thing.

”That’s what this unique collection of toys is designed for — media composers and producers looking for expertly recorded sample libraries with endless sound designing possibilities and inspiring hybrid sounds to spark the imagination. “What is still fantastic about sampling is, with a bit of time and a bit of effort, you can imagine a thing and make it so.”

Pendle provides you with all the gadgets, outboards and sampling trickery in one box, allowing you to focus on your composition. Highly innovative, hybrid instruments warped and editable beyond recognition, with everything from woozy, ghostly evolving sounds to majestic, punch-drunk orchestral pads for genre-defying, leftfield music.

Made using existing Sound Dust instruments with added effects and parameters, the flutter engine jumps into different instruments at different positions, with different loop lengths. Like a Mellotron, Flutter Dust Module is based on recordings of acoustic instruments, but with extra functionality, taking you to places the tape-based Mellotron could only ever dream of.

Taking its name from the time funnel in Kurt Vonnegut’s excellent time leaping novel, Sirens of Titan, Infundibulum is a multi-arp workstation and three-part sequencing machine, Infundibulum offers you a playground of polyrhythmic possibilities with perfect for creating unusual textures, rhythmic textures like ostinatums and interesting cross-rhythms, and different types of sequencing. Three different arpeggiators that go at different speeds and lengths, featuring chimy piano sounds for an instant Steve Reich effect.

Disappear down a rythmic rabbit-hole

OddHop is part of a modular chaos engine - imagine a 303 and a 909 drum machine fused together, with additional quirky percussion machines for disappearing down a rhythmic rabbit-hole. Packed with hundreds of original acoustic and electronic sounds arranged into five octaves of one shot kicks, as well as pre-programmed vocal samples, pianos and basses. You’re literally never sure what you’re going to get.

A journey of wonder and discovery

Built from a total of six sampled source instruments to create something entirely new, the instruments are arranged left to right across the main panel — two Danelectro baritone guitars, two Fernandez infinite guitars with Sustainiac pickups and built in EBows, a Spring viola, hardwired through a Roland space echo, creating an endless pad. Seamlessly merging organic and electronic elements, it creates sounds reminiscent of Twin Peaks, Radiohead, and orchestral haze.

Made out of a selection of three characterful pianos — a ships piano, a ‘school hall’ grand, recorded binaurally in a Hogwarts-style school chapel, and a deviously altered home upright, reversed, fed into high end reverb and reversed again for a backwards attack effect. With a multitude of effects, including ADSRs, high and low pass filters, vibrato and convolution reverb, you can cunningly combine different aspects of each piano to create impossible sounding piano hybrids. This gives you a beautiful, incredibly expressive selection of piano sounds.