Monstrous Distortion from a Guitar Innovator

We teamed up with guitar innovator and prolific composer Joey Santiago (lead guitarist, The Pixies) to create a library of beautifully distorted filth — the bedrock of The Pixies' epic sound – with extra warped content from the Spitfire team. Joey's signature sounds and playing styles created using his enviable guitar, pedal and amp collection will provide you with endless inspiration, while Spitfire's technology will enable you to make each sound your own. 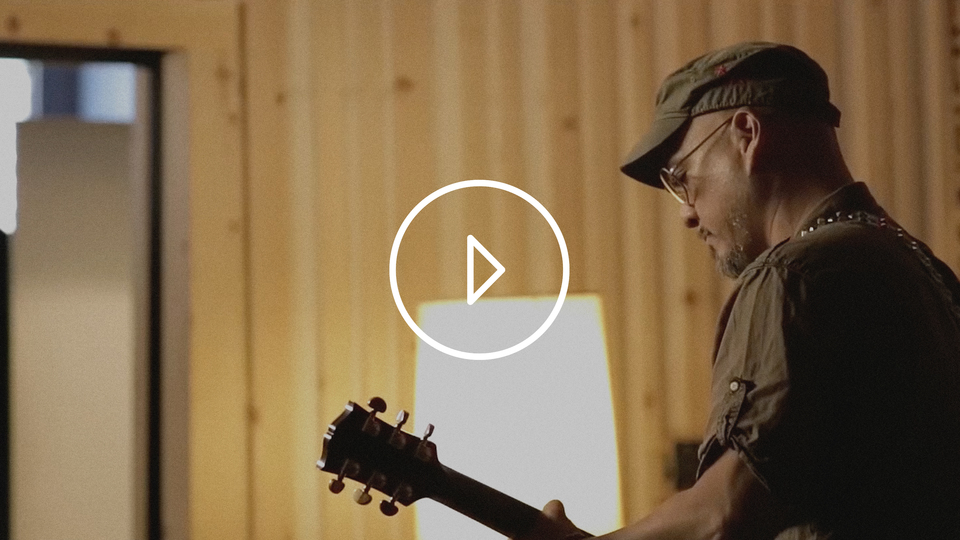 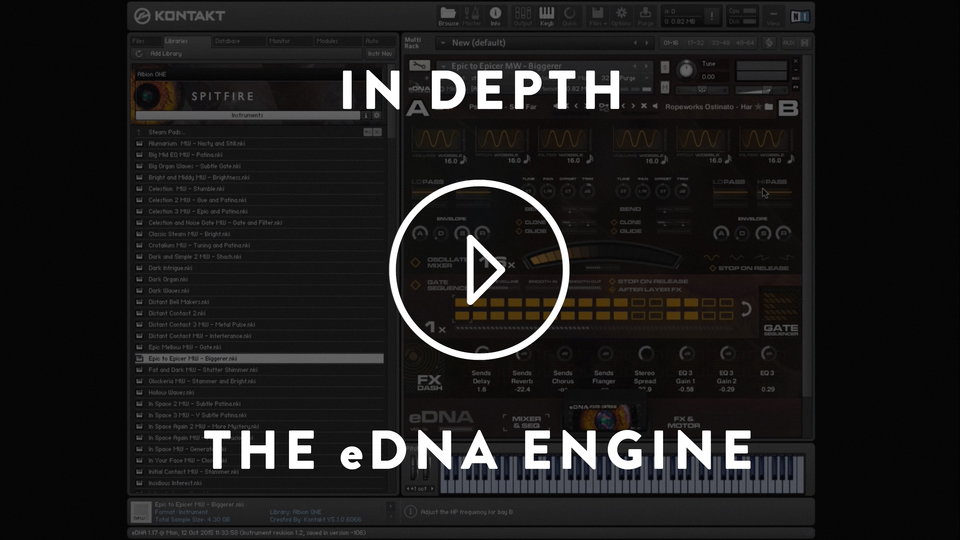 Recorded in LA, re-amped in London and mutated in Edinburgh, this library is a well-travelled treasure trove of the coolest sounds you’re likely to find in any sample library.

Joey Santiago Guitars contains a variety of multi-sampled guitars, recorded and performed by Joey through his fabled board and his much-toured amp rig, re-amped back in London’s legendary Pool Studios. In addition to multi-sampled virtual instruments, we also captured hours of Joey's shredding, gating, twisting and distorting, turning it into raw materials for new sonic adventures. Finally, this was taken to Spitfire Audio founder and composer Christian Henson’s studio on the edge of an extinct volcano in Scotland for further sound-bending.

Choose your preferred amp, and use our popular Mercury Synth and eDNA engines to take our work and make it your own. Designed to inspire all musicians, from media composers, to producers in every genre, from rock to pop and electronic, wanting to harness the sound of a guitar legend in their work,.

Following on from our work with rock god drummers Chad Smith (Red Hot Chili Peppers), Matt Sorum (Guns n Roses) and Roger Taylor (Queen), a legendary rock guitarist was our next logical step. One of the most inventive and influential guitarists of a generation and a composer in his own right, Joey Santiago knows what goes into creating virtual magic. Santiago describes his playing style as 'angular and bent', while MTV's Laurel Bowman stated "Santiago's sonic plough was the key element in the Pixies' monstrous presence".

Spitfire decamped to a vibey space in East LA, rigged up six amps and Joey’s extraordinary pedal board via the finest valve and ribbon mics into a rare vintage Neve console. The aim was not to create a ‘virtual’ guitar — although there are multi-sampled instruments in the library — but to create an environment where Joey’s rich sound world could be captured authentically.


"A fittingly impressive library from a superb player" — Music Radar

• 6 different signals; 4 amplified signals including Joey's own Marshall JCM800, Fender Vibrolux, and a Selmar and 2 different room perspectives.
• ‘Individual Plucks’ - All sounds played by Joey himself, through a selection of hand picked pedals. 18 different presets that give you they real Santiago guitar sounds.
• ‘Santiago Sounds’ - 35 different sounds created by the man himself through his vast collection of pedals all in the Mercury engine to add additional FX options.
• ‘Gigantic Mutations’ - 49 loops crafted from various sections of Joeys playing, housed and warped within Spitfire’s eDNA engine.
• ‘Radiant Pads’ - 150 sounds curated into 125 different presets, with a metallic edge. All in Spitfire’s eDNA engine. 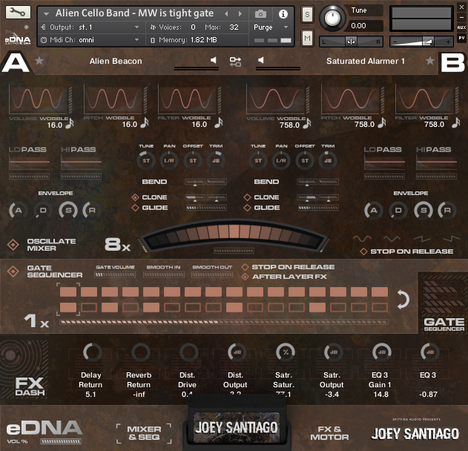