Made in collaboration with Berlin-based composer, producer, and pioneer in experimental electronics, Hainbach, these one-of-a-kind, complex sounds have been expertly created from vintage test equipment collected from nuclear research labs and scrap heaps — given a new lease of life and transformed into instruments by the artist.

These machines made to send rockets to the moon, or to look at atoms, quickly assembled into something humanoid...here, they can live again, and sing a strange song they never did before.

Upcycled and redesigned, these totems act as a commentary on the environmental cost of progress; what was once the pinnacle of technology quickly becomes unviable and destined for the scrapheap, if not for the intervention of Hainbach — creating beauty from that which is thought to be obsolete. Among his collection are once high-end medical, telecommunication and scientific research equipment, vintage sound-testing devices, a Nuclear Instrumentation Modular, an outmoded medical signal generator, a mixer previously used by the Stasi, the state security service in former East Germany, and a Brüel & Kjaer 1613 Bandpass filter creating hi-hat, bass drum and watery sounds. 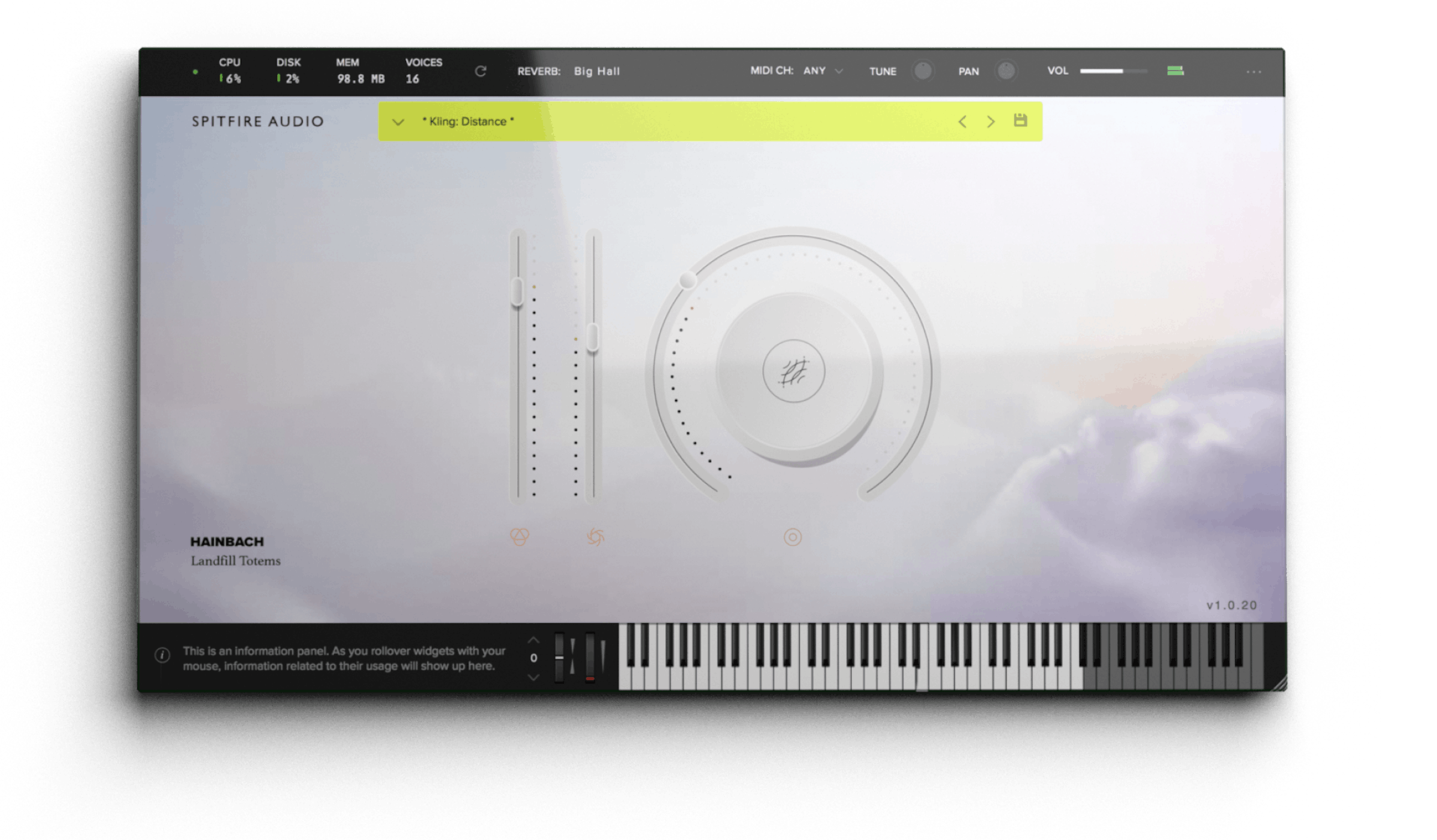 There’s something special about the sounds made from test equipment which I absolutely adore — making music out of these obsolete machines not designed for making music. Just press one note and you can hear a whole spectrum of emotion.

You don’t! Landfill Totems is a dedicated, free to use plugin available as VST2, VST3, AAX and AU, so it can be used directly in your favourite DAW.