A new standard in orchestral sample library innovation, this will significantly expand your existing orchestral palette to include a huge variety of totally unique textures. As an alternative to using only straightforward long notes, this library draws upon the pointillistic effect of having multiple players perform short notes at random intervals to create an undulating swell of sound performed in real time, for inspiring results.

Taking our Swarm approach, but adapted for the orchestra, it gives access to even greater detail by utilising the huge variety of articulations and playing styles of orchestral instruments, recorded at the famous British Grove Studios. It will give your compositions a liquid dynamic that dances alongside the picture. This library has been created exclusively in collaboration with Bleeding Fingers, and is featured in Blue Planet II and Hans Zimmer X Radiohead collaboration (ocean) bloom.

This library is an innovative collaboration with Bleeding Fingers (Planet Earth II, Sons Of Liberty, Roman Empire: Reign Of Blood), who wanted to create this library to use for the BBC’s flagship series: Blue Planet II. Their concept was to record multiple players performing random short notes of the same pitch. The effect is a granular 'cloud' of notes — beautiful, long sonic textures created from layers of micro-moments, to be used in place of more traditional long notes. A perfect soundtrack to epic, panoramic scenes, as featured in the groundbreaking television show.

Spitfire knows this approach well - we used this technique in our existing Swarm libraries. This opportunity pushed us towards a new territory on a grander scale, combining the Swarm technique with the power of an orchestra. We delivered an initial library quickly and in secret for the team at Bleeding Fingers to use exclusively for the show. Hans Zimmer and Radiohead even went on to use it as part of their “(Ocean) Bloom” collaboration. We then later returned to the studio to capture even more with the orchestra, including short notes and expanded techniques and layers, to create a comprehensive tool for media composers.

If you tire of static sounding longs, or have fallen out of love with shorts ostinatos, this new textural approach to orchestral sampling will breathe new life into your arrangements. Join the pioneers of modern concert music and scoring to enter a new league of orchestral composition. 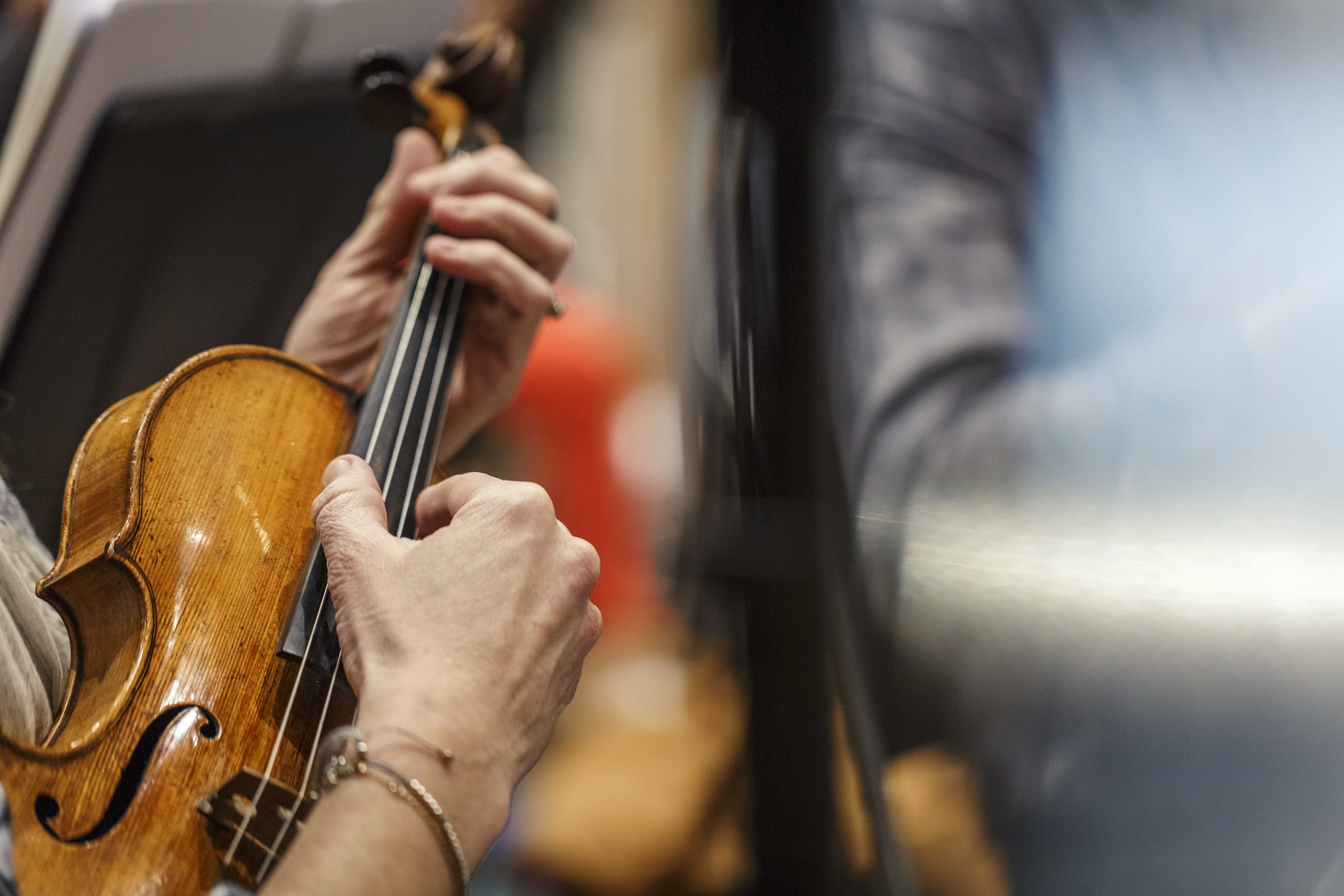 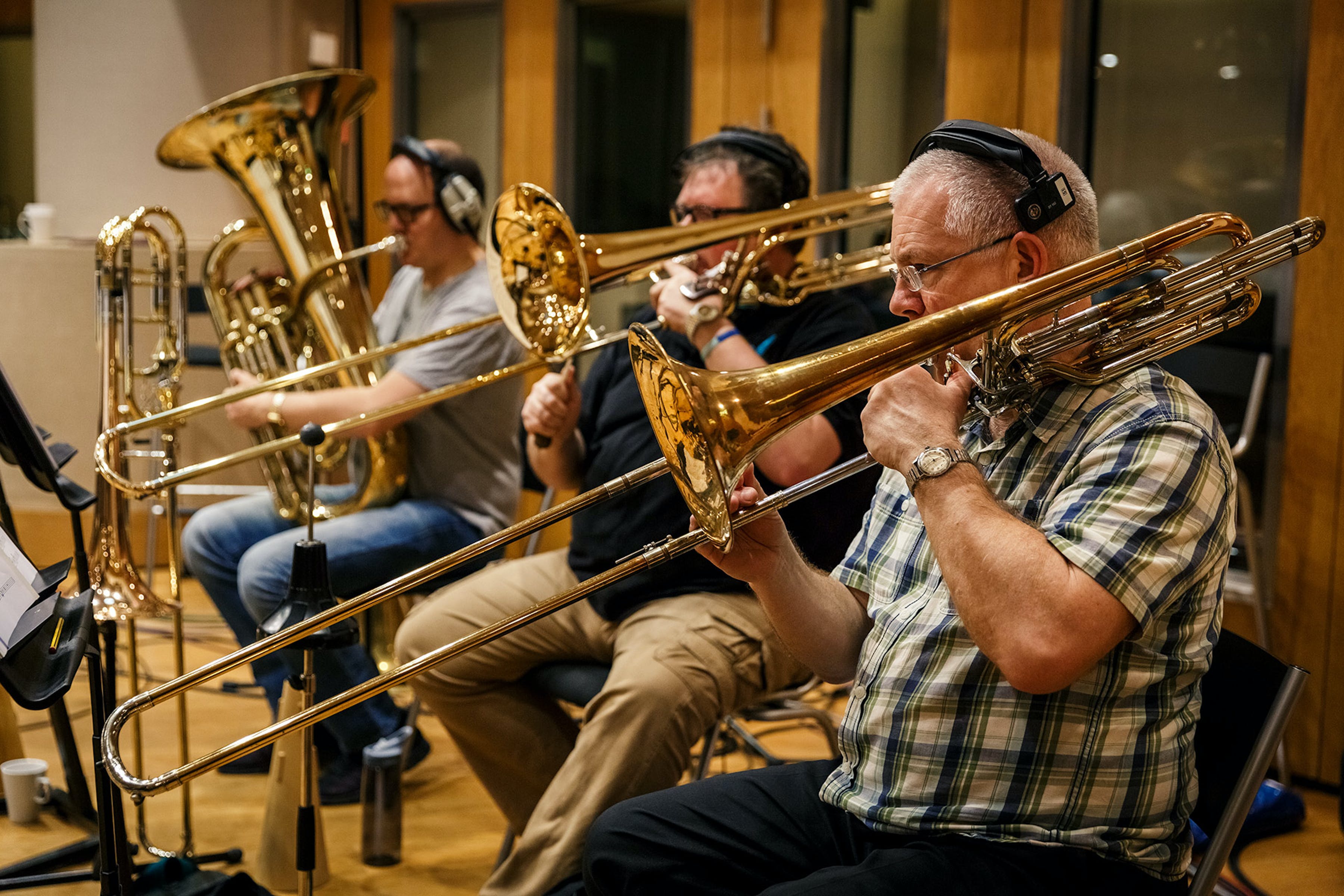 In this day and age, more and more is being demanded of us, and so the ability to create engaging, elegant and original music in an instant is what we all dream of. Orchestral Swarm enables this in a way that sounds graceful and intelligent, and it’s very easy to use.

What context is this library best used in?

There is a sweeping kinetic nature to this library and so it’s perfect for expansive panoramas, cityscapes and procedural sequences. A library like this is also a great textural tool to mix in with your existing libraries to add fascinating detail.

Yes. Most film scores contain orchestral material recorded in different locations. This library is recorded in a fairly dry but beautiful sounding space, with great mics and pres, so you can use the two onboard reverbs to adjust the sound to more closely match your existing palette. We find adding about 25% to your wet libraries and 65% to your dry libraries will work fine. Make sure you don’t have the dry stuff too loud either - to sound like they’re in the band, they’ve got to be in and amongst the action. If your setup is quite a dry sound, why not leaven the sound with some Swarms with a nice long hall on, to give you extra light and shade?