Our second collaborative venture with the internationally-acclaimed London Contemporary Orchestra took us to an awe-inspiring aircraft hangar for a recording process like no other. Together we have created a completely unique, never-before-sampled sound palette — a sophisticated collection of constantly evolving organic textures, formed by layering unexpected combinations of instruments. In applying the signature workshopping, performance styles and innovative techniques that have made the LCO so sought after, we have produced textures made up of indefinable, fascinating sounds.

Our need for unparalleled acoustics led us to the most unconventional recording space in Spitfire’s eleven year sampling history — a cavernous hangar with a remarkably long reverb tail — adding incredible resonance to each note. Enhanced with our unique Evo Grid, we give you access to a cutting edge, inspiring collection of instantly playable, spellbinding textures which will add incredible depth and colour to your composition.

The excitement with Spitfire has always been about creating new instruments - taking these old wooden boxes and combining them with cutting-edge sampling techniques to create something new. With this library, people will have something to play that nobody has ever heard, or had the opportunity to write with.

To achieve this stunning, spacious sound, we needed to find a uniquely vast space, which led us to Old Jet, a decommissioned aircraft hangar in Suffolk, England. Originally built to test American fighter planes, its soundproof quality and 10 second reverb tail made it the perfect setting to blend and bring to life these multifaceted, otherworldly textures. Expertly recorded by the Spitfire team, led by producer Harry Wilson, we were in close collaboration with the LCO every step of the way. In such an extraordinary live space, the recording process required much attention to detail, as the smallest sound could disturb a recording in what is meant to be a controlled environment. “You don’t have to create too much sound to agitate the air — what you receive back from the room is an incredible richness of overtones and warmth of sound.”, says Hugh Brunt, Co-Principal Conductor and Artistic Director (above right). “We discovered sounds that you couldn’t create without that space and orchestration, for example, a harpist bowing in an attacked way gives you a lot of high end which normally dies away quickly, so we added viola and cello harmonic sul pont to lengthen that attack and pick up the overtones, while the room strengthened its resonance." 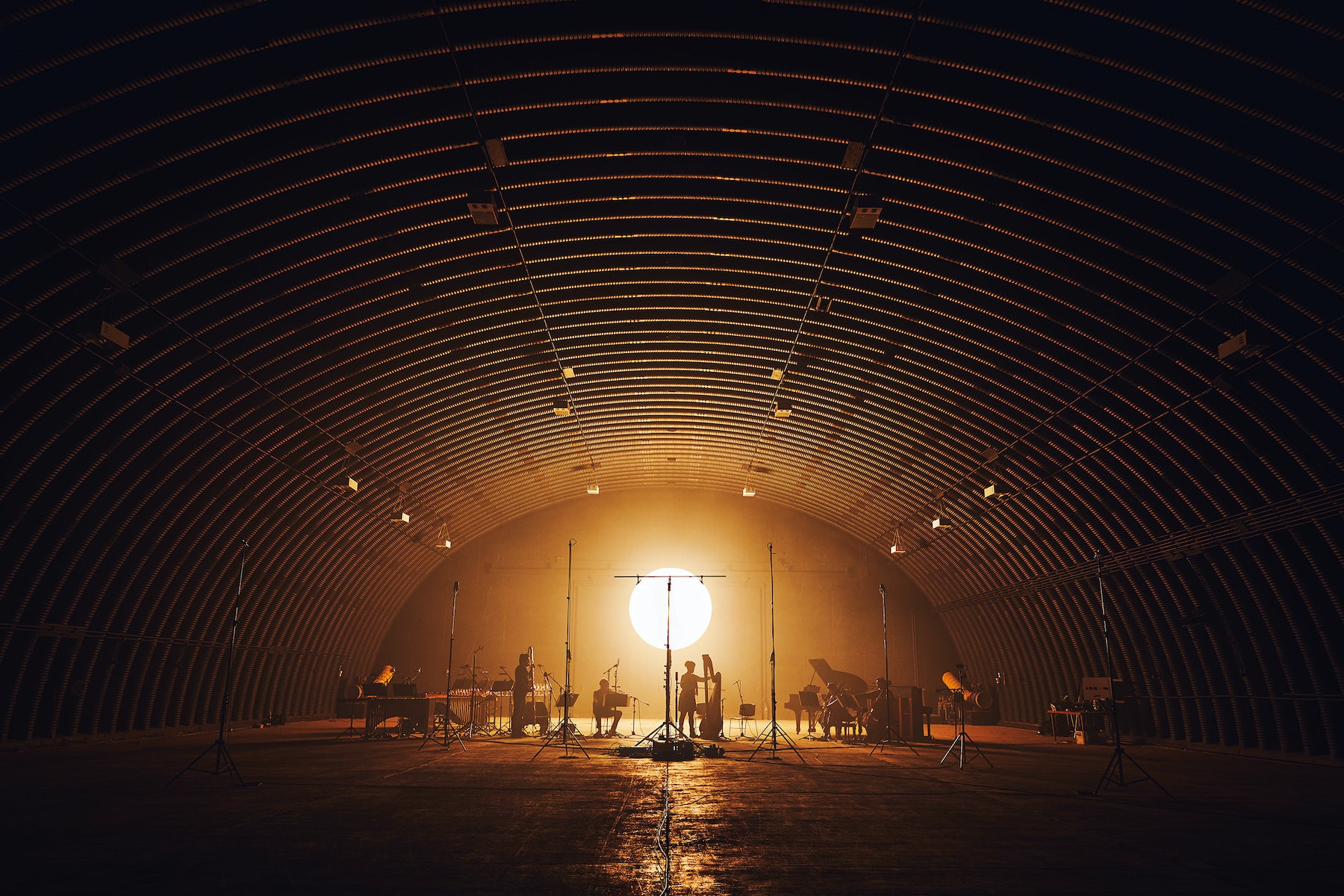 The LCO’s extensive workshopping process welcomes creative input from each of its world-class performers, all adding their own character and colour to each note. “We were in a position where we could be completely experimental. In that space, certain notes and articulations would ring in a certain way, so we played off that and made changes accordingly,” says Robert. “Writing for a long reverb is a really fascinating thing to do. Trying to predict how the space is going to feed back into the notes you’ve written for is a really interesting thing…

To have an orchestra to play with when curating these sounds — it’s like the ultimate synthesiser.” This experimental approach allowed us to take the sounds to a completely new place, using unconventional techniques, such as introducing vibrating foreign objects to the instruments, experimenting with quarter tone variants, adding fifths and extra octaves, introducing a variety of bowed textures — bowed harp, bowed marimba, bow hairs threaded through piano strings, and using different parts of singers' voices to create raspy tones. 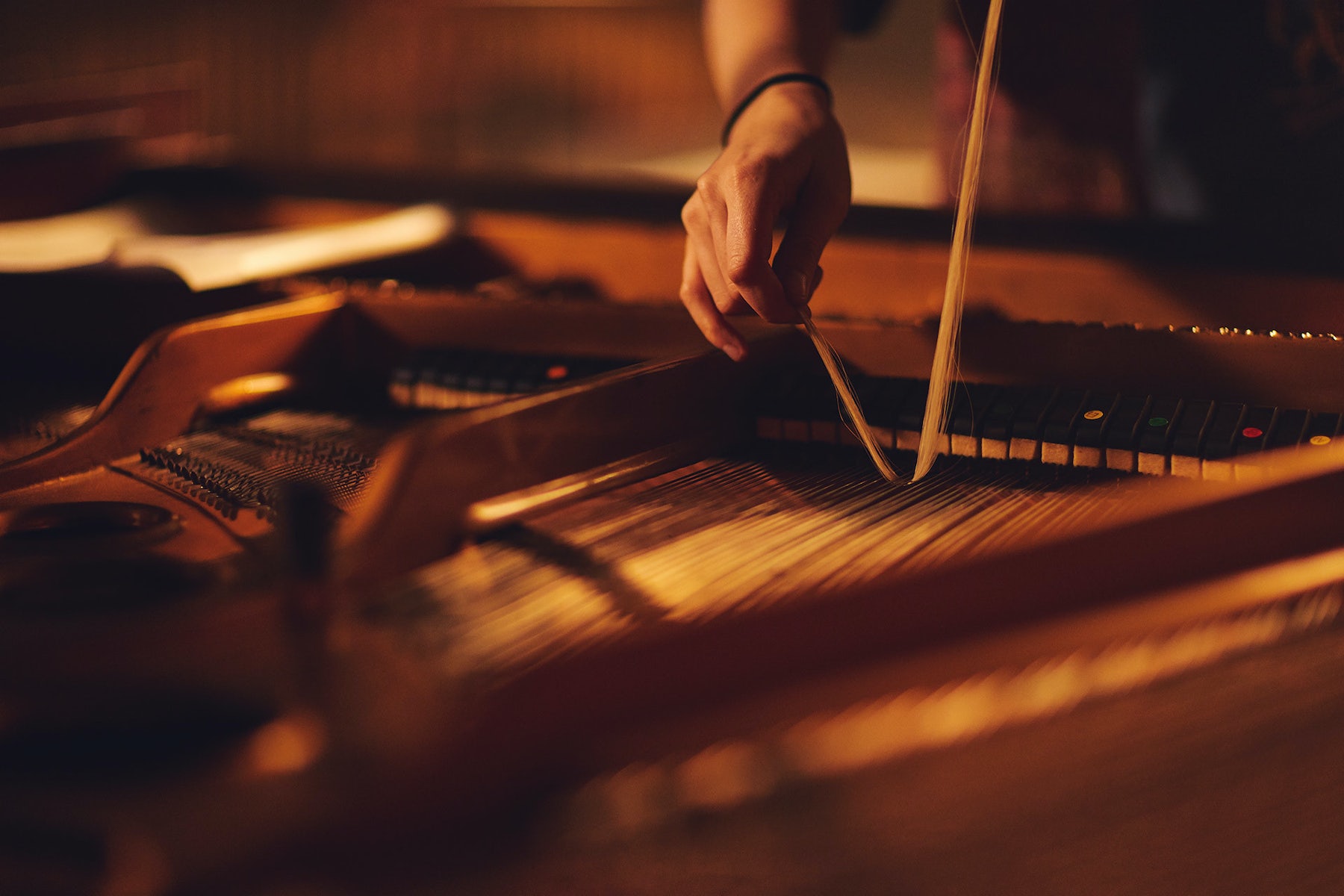 Our bespoke, sophisticated Evo Grid UI positions ‘pins’ via an onscreen 10 x 32 grid arrangement, giving you access to recordings across 12 intervals. Instantly select which Evo (evolution) sits on each of those 12 key ranges, or generate randomised evolutions. Enjoy instant gratification with these engaging and inspiring long articulations that change over time, organised in a grid with infinite possible combinations. For the newly initiated, Evolutions are hyper-long articulations that change sometimes subtly and sometimes radically over time before looping, giving you unexpected results. Evolutions have become widely adopted amongst the composer community as the most effective means of easily writing music that is able to subtly change over time without variation in melodic content. These textures can be developed, shaped and processed further, offering you a rich range of possibilities. Blended to create unique, organic sounds,

Textures can be applied to a wide range of compositions to take you to the forefront of modern music-making — from left-field electronic music to orchestral scores. With 32 expansive, evolving textures, and over 50 curated presets, giving you almost endless combinations of thousands of sounds, we offer you a new world of inspiration at your fingertips. 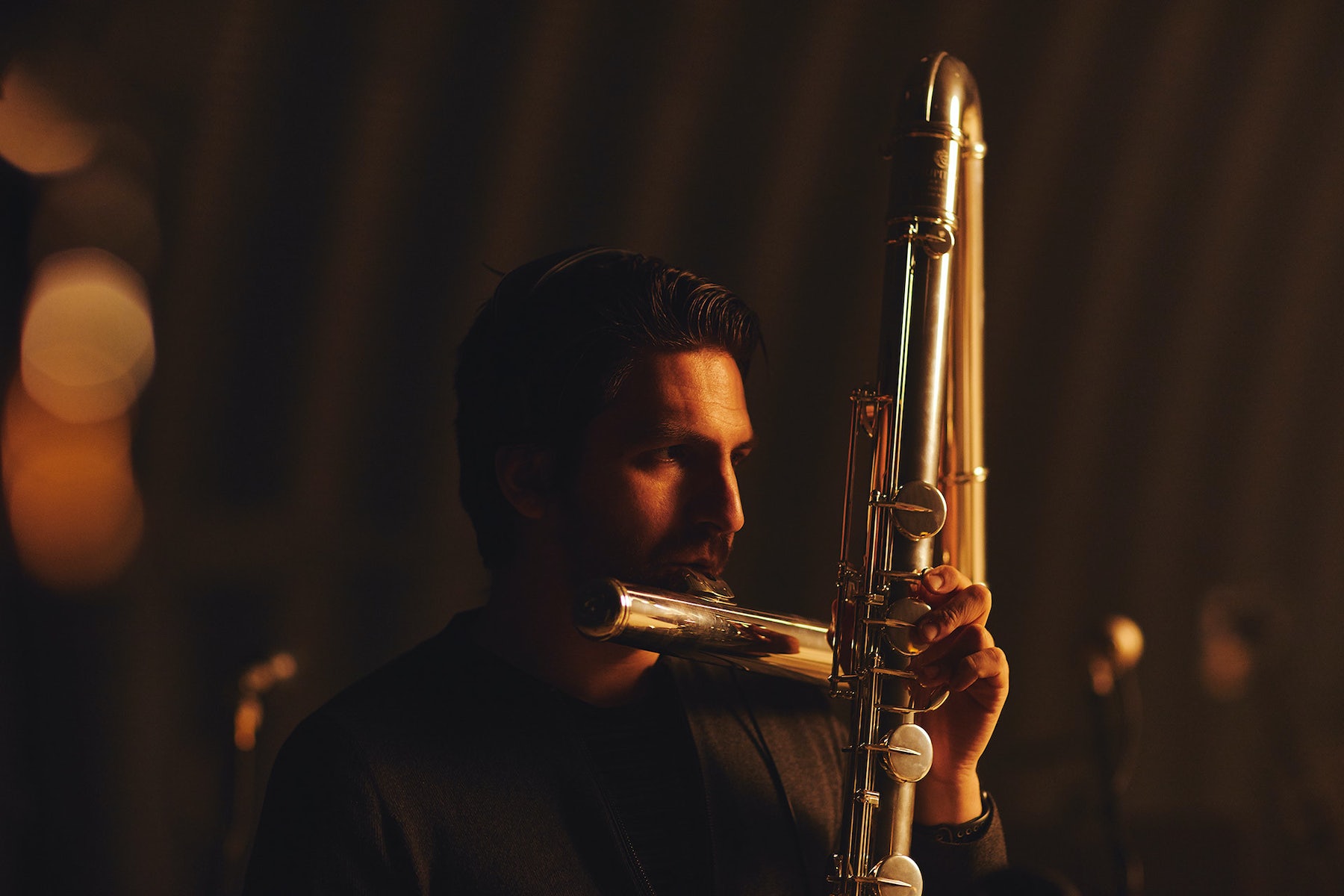 Winner of the Ensemble category at the Royal Philharmonic Society Music Awards in 2015, the London Contemporary Orchestra has established itself as one of the world’s most innovative and respected ensembles, focused on commissioning and developing new music and scores, and performing live all over the world. Formed in 2008 by co-Artistic Directors and conductors Robert Ames (above left) and Hugh Brunt (above right), the LCO is at the top of their game, having collaborated with a wide array of musicians, creative figures and platforms, including:

My hope for composers is that they get a taster of what it's like to be with the LCO in the studio... A snapshot of the kind of creativity that happens between composers, orchestrators and musicians, distilled into a library. 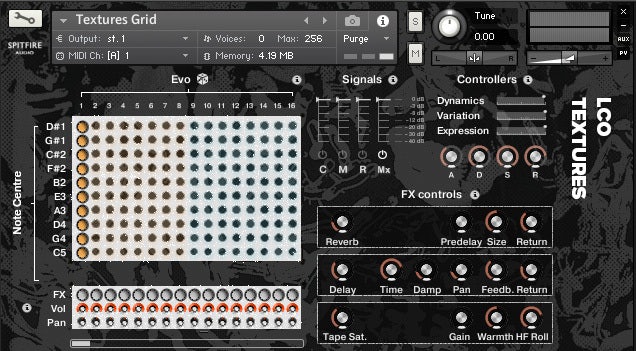 What is an Evo Grid?

For the newly initiated, Evolutions are hyper-long articulations that change sometimes subtly, sometimes radically over time before looping. We organise these on a grid so you can plot which evolution or ‘Evo’ sits on each of key range, recorded across 12 intervals, and arranged on a 10 x 32 grid. Enjoy instant gratification with an ever changing kaleidoscope of progressive articulations, with infinite possible combinations.

I already have lots of orchestral libraries. Why do I need London Contemporary Orchestra Textures?

This is an inspiring, impossible to recreate library, recorded in a one-of-a-kind location with unique orchestrated instrumentation which works out-of-the-box via our Evo Grid technology.