Christopher Stout is a world acclaimed traditional violinist and fiddle player. Correcting the common misunderstanding that folk music of Scotland is always ‘Celtic’, Chris draws on his Norse heritage as a native of Shetland. It was amazing to talk to him about his involvement in ‘Celtic’ music, as part of an ethnolinguistic group of people that live on rocky outcrops of Europe, from the Orkneys, to Galcia, from Brittany to the coasts of Ireland. Having worked on Patrick Doyle’s seminal “Brave” score for Pixar, Chris spoke to us briefly about how composers should collaborate with “specialist” musicians. Whilst being happy to read people’s instructions and phrasing Chris suggested that the best way to inspire interpretation is to avoid over instruction. 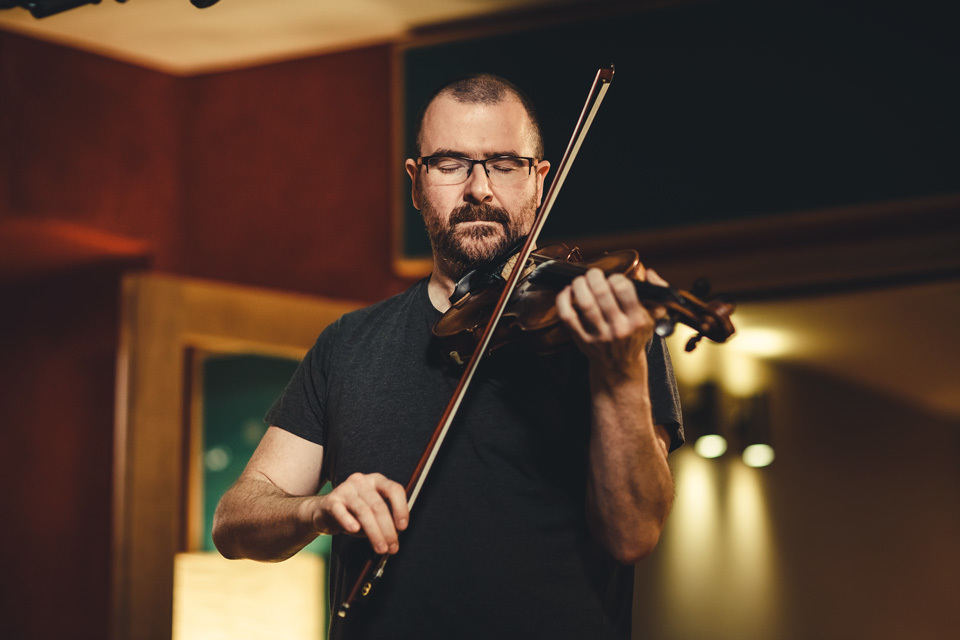 Chris countered Christian’s claims that whilst you can teach classical disciplines to a virtuoso from Japan, it may be more difficult to pass on Celtic traditions, with a simple argument that provided it is from the heart more than the head, any of these cultural forms can be taught. Chris is very much part of the extraordinary music scene emanating out of Glasgow. His proud involvement with Celtic Connections, a 20 year enterprise that now plays host to hundreds of traditional concerts over the month of January / February from Celtic to Jazz, to African Kora players, both in bars and concert halls, is engaging the next generation of musicians and listeners in musical possibilities well beyond those commonly found on our airwaves.