Whilst I knew the piano was a complicated instrument, I didn’t quite believe how mind-blowing my trip to Schimmel would be. How do they make pianos? How did these monumentally complex bits of machinery become the ‘king’ instrument, top of the food chain, ‘Musicus-rex’? I guess the scale of complexity was only eclipsed by the fact that a piano is a bit of a Frankenstein of an instrument made up of three distinctly independent component parts. I won’t try to give a history lesson here, nor will I simply copy something out of Wikipedia by someone a lot more learned than me - I’ll just try to explain in layperson’s terms what goes into making a piano, as far as I can make out as a result of the visit.

So first up is the sound making bit. This is basically a massive dulcimer and it was like someone back in the 1700s said, “I like massive dulcimers; pity you have to play them with soft hammers that you have to hold. Imagine if we could have a keyboard a bit like one of those new-fangled futuristic harpsichord things? That way we could play more than two notes at a time”. So they mounted a bunch of strings (three per note up top, one per note down bottom - because the lower the note, the longer the string, and the longer the string, the more welly you produce, so you need three strings up top to balance the hoofters down bottom) onto a bridge, which transmits the vibrations into the sound board - a massive sheet of wood, that is bent slightly because wood resonates better that way. In order to keep the wood bent you need several wooden braces that are designed to further distribute the sound across the grain, which is more difficult than down it. Because of the pressures involved with a hundred odd taut strings (20 tonnes for grand pianos) the whole thing is reinforced with a massive iron brace which stops the piano snapping you up like a well-polished, massive mouse trap. 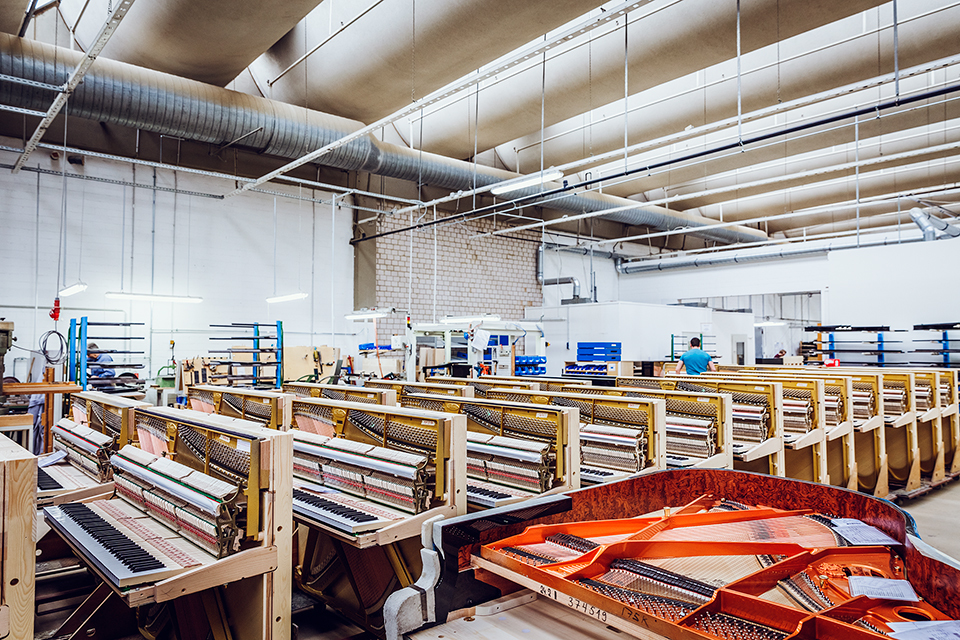 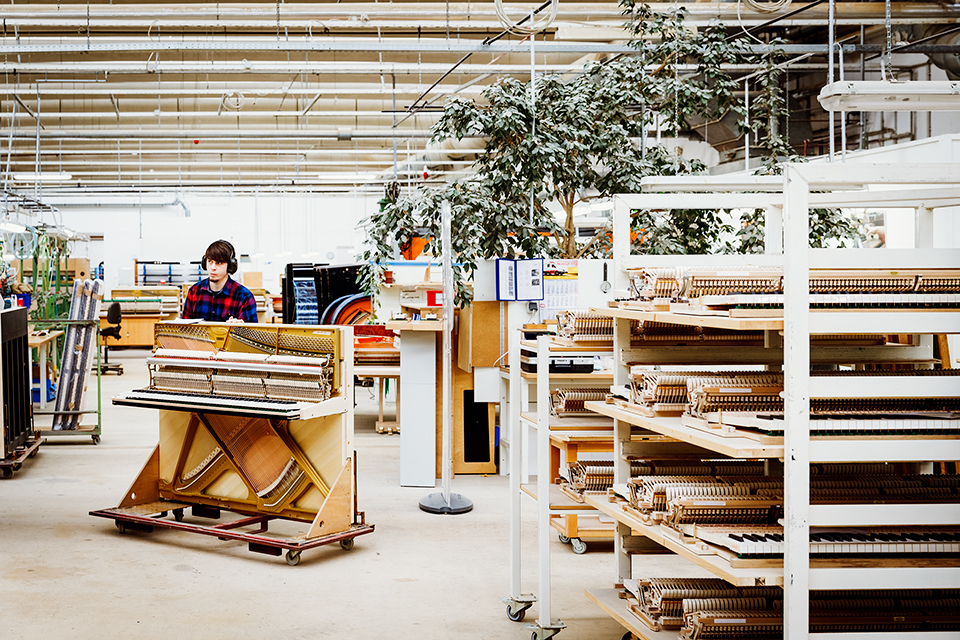 Next up is the keyboard, which has little felt hammers - the whole contraption slides under the strings. Whilst the harpsichord is a fairly simple device, the bloke who decided he was going to build a massive dulcimer with a keyboard attached probably felt at some point he’d bitten off more than he could chew. Fortunately for him there was no internet or Sky Atlantic in those days so he had naff-all else to do. But the complexity of the task cannot be underestimated. Firstly, you need to press down on a keyboard and make a hammer go up and hit the key in the sweet spot. Unfortunately if the hammer stays up it makes the string go dead straight away and that sounds really crap; not like a massive dulcimer at all. So the hammer has to free itself from the players control for about 2mm, hit the string and the bounce back into the pianist’s control. It doesn’t end there - the string is now ringing nicely regardless of what the pianist is doing which means with fast passages it all gets muddy and confused as everything rings out, and how will they write massively chromatic music in about 150 years time with ringy-outy massive dulcimer machines. So there is also a damper that sits on the key until the player hits the key at which point it releases until the player lets go of the key. When you look closely at the action of a piano key, it is the stuff of madness, born of a different time when toy makers must have been the NASA scientists of their day. 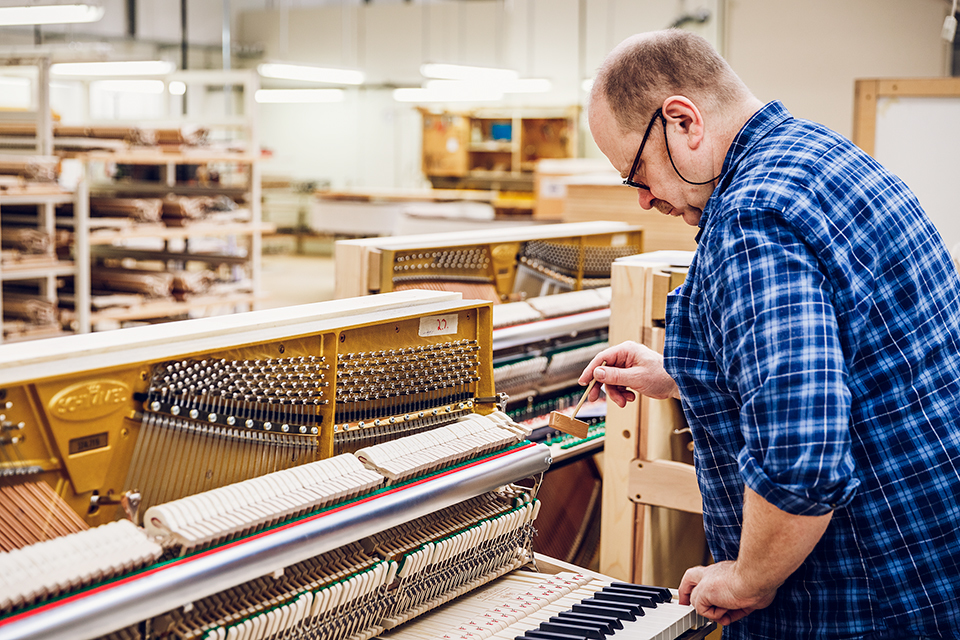 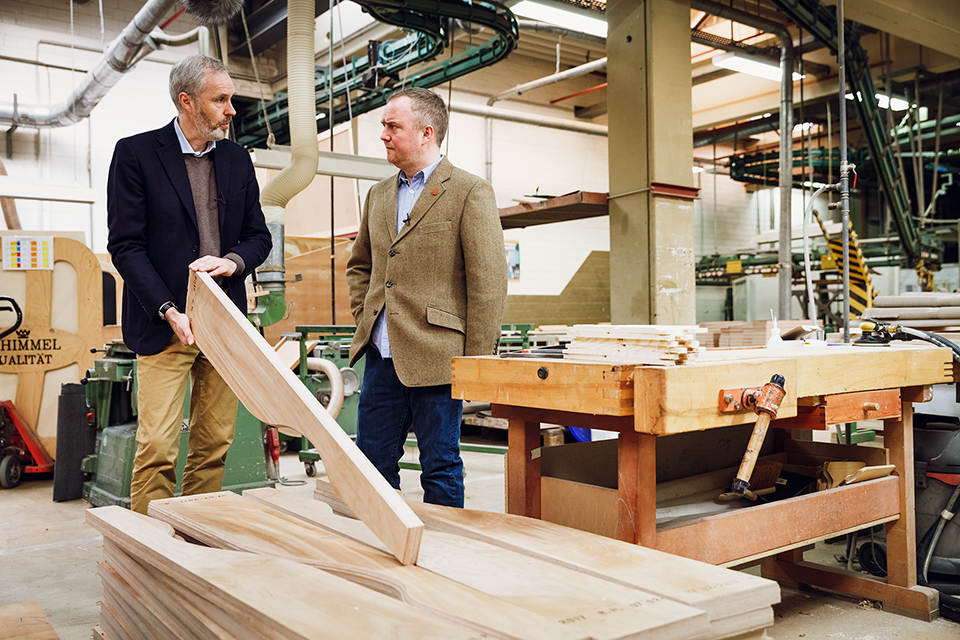 Still some more to go. Then, I reckon the massive dulcimer machine player said to the maker “but I kind of liked it when all the strings rang out sometimes, just not all of the time”, at which point poor massive keyboard operated dulcimer thingy maker probably rolled his eyes and designed a whole pedal mechanism that bypassed this whole method of damping the strings. Which probably took another year by which point the wannabe Richard Clayderman must have been exasperated when the big dulcimer maker said, “I’m a bit worried you may get splinters playing this thing, any ideas what you’d like me to treat the wood with”, at which point in despair our player probably exclaimed, “I don’t know, make it from elephants for all I care, but just get it done!”. So off the piano maker toddled to Africa to grab himself some tusks to make the keyboard top out of. Regrettably they only had ivory coloured tusks so the maker thought he’d use some dark local wood for the sharps and flats, which worked fine, but at least more than half of the keyboard was made of elephants like the player had requested.

And then what happened? I reckon the soon-to-be-piano-player took one look at the thing and said, “it’s no violin to look at, what an absolute state”. Agreed, the actual naked instrument is a filthy sight. At which point the maker must have suggested they put the massive dulcimer machine into a big horizontal cupboard. “Won’t it dull the sound?” asks the player, “No, provided you keep the cupboard door open with this stick”.

I have another theory. I don’t think at any stage they realised the biggest mind-blowing thing about this new contraption - I reckon they sat down and started playing the thing for the first time and looked at each other and went “this thing plays quietly AND loudly”. It would have been like seeing colour TV for the first time and these two were so blown away by this that instead of calling it whatever is Italian for ‘massive keyboard operated dulcimer machine’, they plumped for the Italian for ‘soft loud’, and the pianoforte was born.

Schimmel demonstrated to me that like all great human achievements, the first iterations of the piano started appearing relatively quickly, but it is the centuries of finding the little 1% improvements that have led to the piano evolving into the king of instruments. With true quality operators like Schimmel, who take roughly nine months to make each piano regardless of size or price, we can feel safe that the piano will be king for many more generations to come.

Thanks to everyone at the factory in Germany for taking time to tell us your magnificent story and to show us the daily miracles you’re performing.

If you want to get your hands on a Schimmel Piano be sure to check out Peregrines Pianos in Greys Inn Road, London.

*No elephants are harmed in the production of Schimmel nor any pianos in this day and age!* 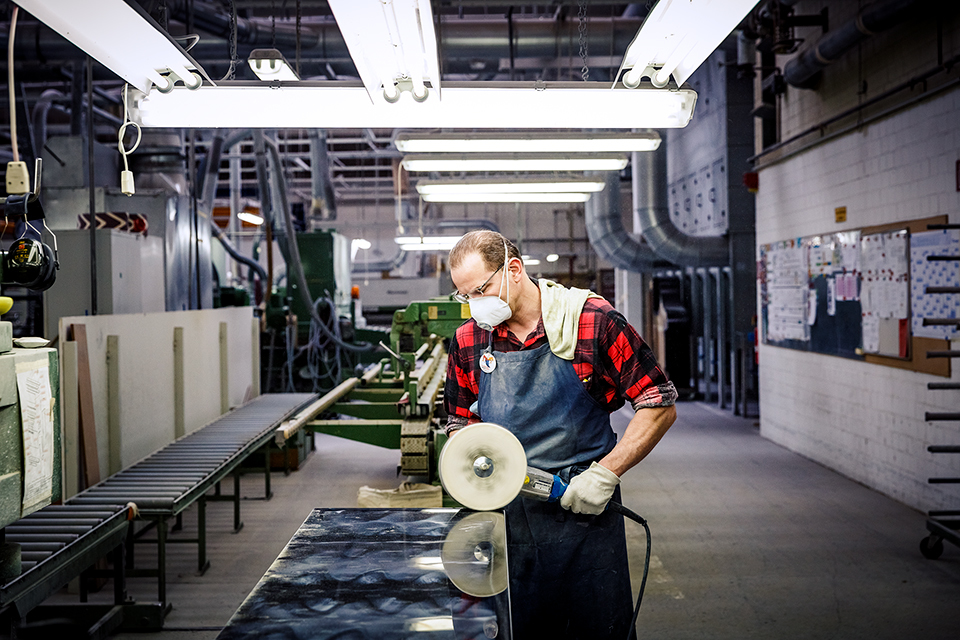 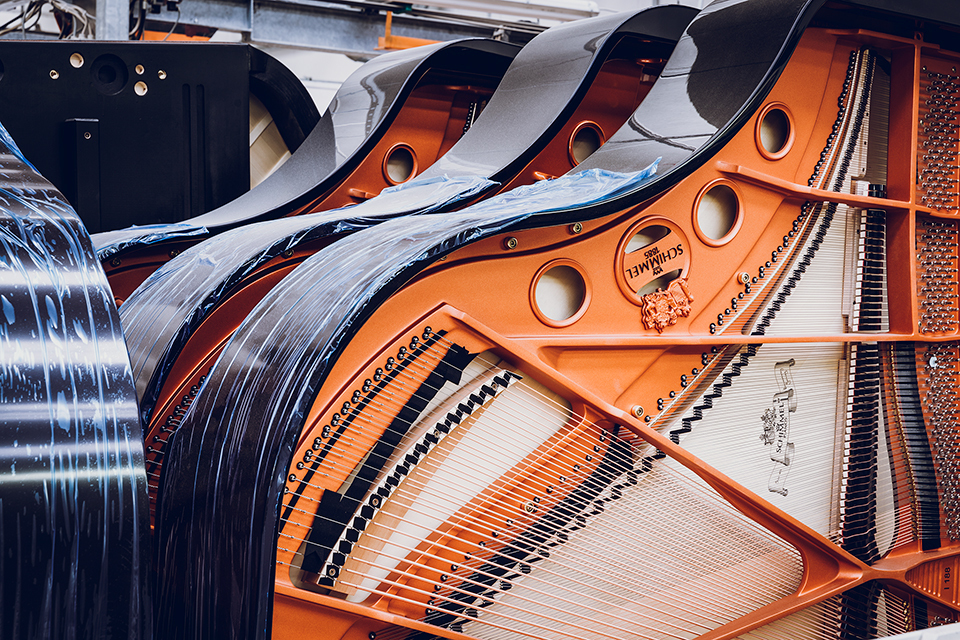