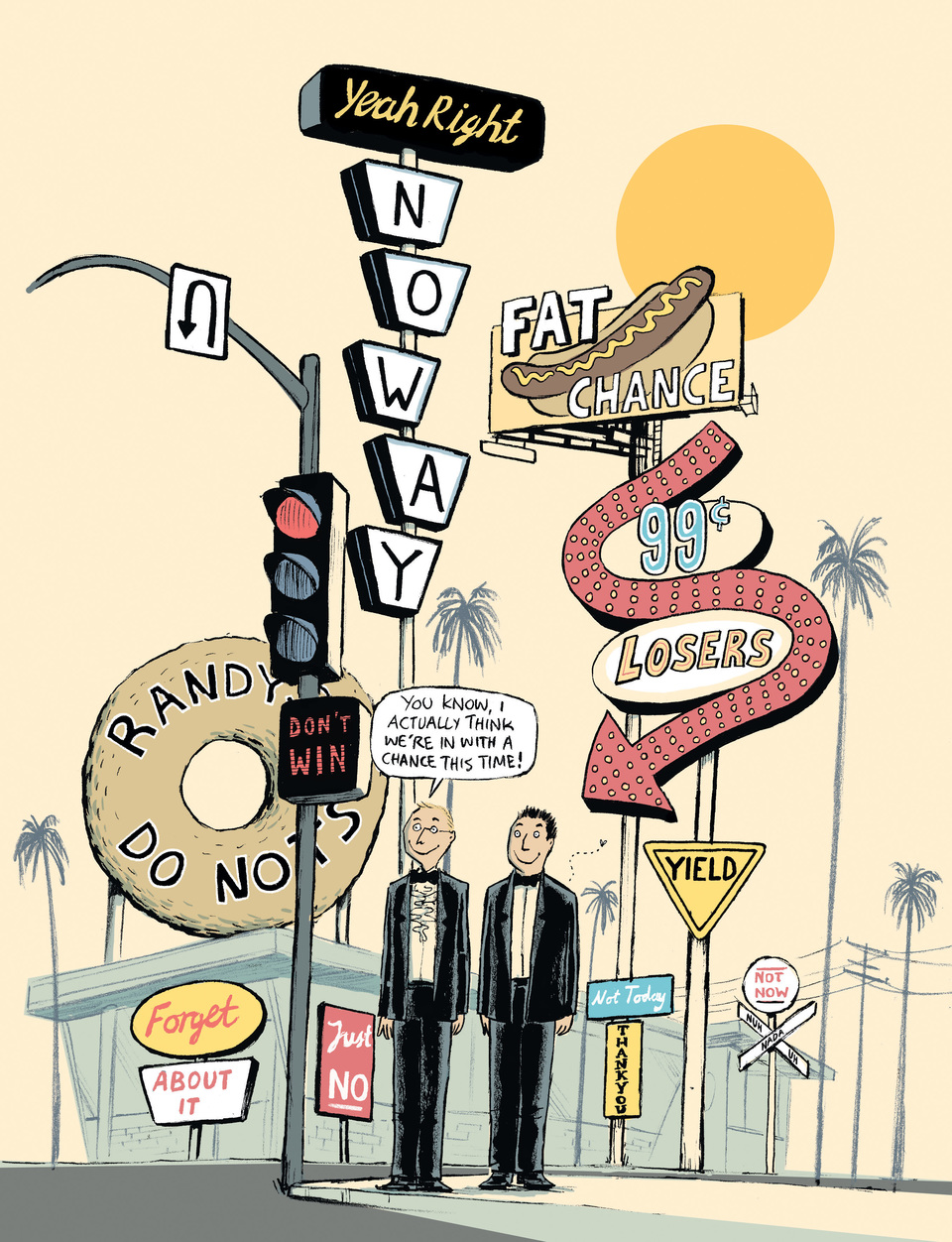 The Mysterious World Of The Awards Jury

Judgment day is upon us! Not the ultimate annihilation of the planet in a blaze of sin-fuelled hellfire – that’s later in the year – but the Oscars. Up for best original music score this year are La La Land (Justin Hurwitz), Jackie (Mica Levi), Lion (Volker Bertelmann aka Hauschka, and Dustin O’Halloran), Passengers (Thomas Newman) and Moonlight (Nicholas Britell). Obviously La La Land will win, because it has three words in the title, whereas the rest just have one.

I don’t know how sanguine Thomas Newman is about these awards, but he must by now have a very well rehearsed “Well done to someone else” face, because he has been nominated 13 times in the Oscars without winning, which puts him at the top of that statistical chart (at least among living composers: Alex North was nominated 14 times and never won, though he did wrestle an Academy Honorary Award off them in the end). There have been some Titanic Oscar struggles in music. In 1961, taking in all the composers for the various musical categories, the nomination list included Dimitri Shostakovich, Duke Ellington, Dimitri Tiomkin, Elmer Bernstein, Miklos Rozsa and Alfred Newman – yes, the Newman that got 43 nominations and won nine. That’s a tough room. On the other hand, from 1937–1945, any studio was guaranteed a nomination if they put forward a qualified entry, which explains why in one of those years there were 13 nominations.

“Writing about music,” so the saying goes, “is like dancing about architecture.” So, a room full of people trying to decide on the best score must be quite a ballet. I wondered what Matthew Sweet, philosopher at large and presenter of BBC Radio 3’s Sounds of Cinema, thought. “Music is probably a hard thing for the average Academy member to judge,” he says. “Harder, I’d say, than acting or editing, because the business sees it as a more superficial element. It’s the only bit of a film you can easily remove and replace – which is why troubled films are more likely to sack their composers than any other member of the team. As film-makers, Academy members make choices that reflect the attitudes of the business. Film composers – even the great ones – tend to be pretty humble people who have to get used to being sacked – and picking up the jobs of their sacked friends.”

Taking what you like about a piece of music and trying to articulate it in words can be a tricky translating job as it is, and perhaps in film music, that gets even more challenging because the alchemy of applying music to picture gives it a different life. It may be that music you don’t like in isolation can be argued to serve the picture very well.

Music supervisor, Ross Sellwood, has chaired a panel of judges for the Royal Television Society awards and been a judge in other years. He says that each panel takes on its own style, formed by the quality of the entries and the personality of the judges – in other words, while it is hard to come up with definitive, objective rules for judging music, each panel writes its own rule book.

“After a while, a consensus will emerge around what the group collectively values. And then once you’ve whittled to a top five or so, other things come in. For example, when the key criteria are all equal, you might consider that one entry was for £2k and had one week to deliver, and the other one is the score for Planet Earth II.”

“Occasionally jurors will say ‘Is there anything you can whistle in there though...’ and my reaction is ‘Why should there be, whistle me the theme to American beauty.”

Spitfire’s own Christian Henson has judged the Ivor Novello awards, and others, and he adds that the different awards also have their own values, and the way the shortlist is arrived at, before the judges sit, also affects the outcome. Ultimately he likens it to being on a courtroom jury. “As with a murder case, it’s a unique group of people really slugging it out for hours. I’ve been on juries where the winner is clear pretty much from the outset, for all of us, to juries where we need to find the ‘least guilty’ candidate, to juries that resemble the film 12 Angry Men.”

“A lot can depend on when in the day you get to an entry. First thing or just after a coffee break is when you want to be judged. At the end of a morning session is a tough place to wow a tiring panel!” Imagine missing out on an Oscar because of a sugar low.

Christian admits that a judge’s ability to communicate a case for a given piece will vary, so it is natural that certain people have more influence than others. But the system works. “I think they’re fair because they’re judged by peers, often hugely successful individuals combined with people at the beginning of their careers. This contextualises the efforts of the candidates: we know what the budget was likely to be, how much time she or he had to write it and how, in this day and age of temp, and direction by committee, how truly difficult it is to come up with something that stands out and is original.”

The wheels have to come off sometimes though, surely. You’d feel short changed if the there wasn’t some friction. “For me, the most common tension tends to occur across age grounds,” says Christian. “I was on one jury when the chairperson asked the chap operating the DVD player to skip along to the next candidate because ‘this score uses loops’. He was shouted down and the loop-ridden score won that year!”

“...the best film music makes its own pictures – so that when you detach it from the images for which it was written, it maintains an independent life.”

I once heard it argued that film music that works well in the concert hall, away from a film, can’t be good film music. That’s pretty binary, but maybe for some, there is a need to hang on to something fixed, while bobbing around in these very subjective waters.

For Matthew, the music, far from being dependent on the film to have a visual life, creates its own imagery. “I think the best film music makes its own pictures – so that when you detach it from the images for which it was written, it maintains an independent life. They might not necessarily be very much like the pictures they accompanied into the cinema, but they live. A friend of mine loves Miklos Rozsa’s score for Providence, but he won’t see the picture because he doesn’t want his relationship with the music to be disrupted. Oscar winning movies tend not to be overly avant-garde. But mainstream pictures are quite capable of carrying unconventional scores – Mica Levi’s Jackie would be a good example of this. I suspect many Academy members would jump on a chair and scream if they heard this in a concert hall, but they can take it if they’re also looking at Nathalie Portman’s grief-wracked face.”

I’ve also talked to one successful film composer who spat his drink across the table in horror at the idea of listening to any film music for its own sake – save perhaps for a bit of John Williams or Bernard Herrmann. Each to their own, but there is something liberating about creating music to serve something outside of itself and the composer – a kind of parking of the ego.

“Us media composers are very sensitive to stuff not working with picture, so it is ALWAYS judged in context,” says Christian. “Occasionally, jurors will say ‘Is there anything you can whistle in there, though?’ and my reaction is ‘Why should there be, whistle me the theme to American Beauty.’ Which I think is a good example of an instantly recognisable score that you can’t whistle! I think what is very difficult to judge in these situations, though, are emotional and story arcs, and also the essential development of themes that then grab you emotionally because you’ve become familiar with that set of notes in that order. That is impossible to judge, really, in 10 minutes worth of submitted music.”

I should probably explain the cartoon at the top of this page. It was drawn by my cartooning conspirator, Joe Berger. As Berger & Wyse, we were once nominated for awards by Bafta, RTS and Emmy for a title sequence we did to a show called Hustle. We didn’t win any of them. I have a very well rehearsed “Well done to someone else” face.

Ross has soothing words for me and anyone else who gets nominated: “Overall, the process is as flawed as democracy (because it is democracy, duh) and the cliche of if you’re nominated, that’s as good as winning, is really true. Another day it would have been you …”