In what can only be described as a welcome addition to the world’s greatest studios Spitfire were honoured to talk to Paul and Kevin about this extraordinary new facility. In the heart of the cultural melting pot that is Glasgow an unassuming building next to a fine Irish pub plays host to a pristine new facility which, in its six short years of existence, is already developing a host of A-list clients. 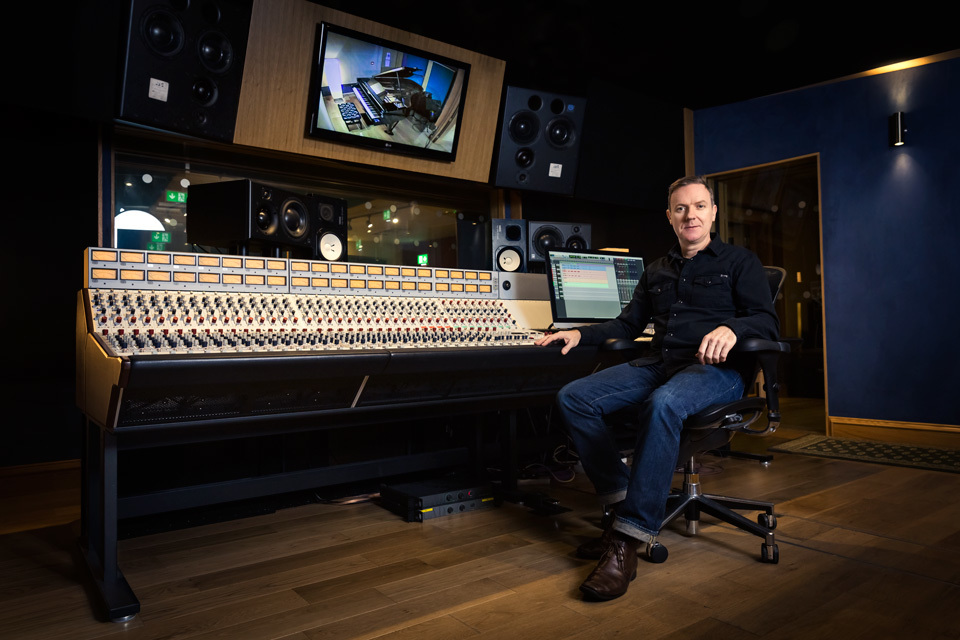 Starting in Studio B as vibe central was a medium-sized live room and an excellent booth but with a sensational control space centred around a very rare Neve desk. As the guys at Castlesound themselves said “this mixing desk is like putting your whole mix through a ribbon”. We could see why Studio B was such a popular mixing environment. But it’s not until you see Studio A that you realise what a rare and special place this is. Walking into the control room you’re surrounded by sight-lines into 6 controllable recording spaces arranged in a horse shoe around the mixing desk. An ingenious use of space that the chaps from Spitfire had never seen before.

Not only does it offer and encourage musicians to lay tracks simultaneously with complete control and isolation, the set up also provided nuanced acoustics for each space, from a tight booth on the left flank that gave just a little something for players to work off, to a cosy piano room and a room that sounds considerably larger than its already capacious dimensions. This is followed by more booths, a bone dry vocal area and finally the right hand flank used to harness backline. Kevin kindly took us through their decision to fit a Rupert Neve board - the ultimate piece of divorceware. It was for its total transparency and perfect partnering with its more chocolatey cousin in Studio B. Paul, a drummer and veteran of some seriously important Scottish music output including Teenage Fan Club talked us through how he has tried to create an environment that takes all the best bits from the studios he’s worked in around the world - to create a welcoming, creative and collaborative environment for music makers of all genres.

We finally came to rest on the extraordinary output from Glasgow and Scotland at large. Paul said “we bat above our weight, man” and cited a pride in culture, a welcoming of traditions from all over Europe and the diversity of Glasgow as key contributing factors to this extraordinary Caledonian export.