Modern scoring, inspired by the past

A celebration of un-notated traditions passed down through generations, and captured through the magic of sampling, Albion Solstice explores the visionary artistry from modern, folk, and heritage instruments. Passionately curated, this library transcends genre to give you everything you need to create modern cinematic scores.

The breadth of instrumentation and alternative techniques that forms the nucleus of this composing toolkit is staggering. Inspired by our rich and varied musical heritage, Solstice is a wellspring of opportunities featuring strings, brass, and woodwind accompanied by unique instruments from nyckelharpa, Celtic fiddles, hurdy-gurdy, and modern synthesizers, percussion performances, and much more. This is not a library to create folk music with, but simply everything you need to create cinematic scores for today, inspired by the past.

There's magic in this library. It's inspiring to compose with and instantaneous to produce with. The sounds spring out of the box, with performances that absolutely drip with personality. It's an environment where you feel that you are collaboration with the performers and not simply playing samples.

Recorded at the legendary Castlesound Studios in Edinburgh, Scotland, Albion Solstice is an ultra-intimate and dynamic selection of uniquely workshopped ensembles, featuring highly specialised players and sound smiths from a cross-section of classical, folk, Celtic, Gaelic, and other traditions, mixed with modern instrumentation such as analog synthesisers, Eurorack modular, electric guitar textures, tuned percussion, and distinctive audio processing. This folk noir library is a deep wellspring of endless inspiration, stemming from the organic sounds of modern and heritage instruments from across the United Kingdom, treated, blended, and unleashed to create extraordinary soundworlds fit for modern scoring. Formed to be a vast and powerful scoring toolkit with everything you could need to create incredible cinematic tracks in one box.

The sounds in this NKS-compatible library are grouped into three distinct sections: The Solstice Orchestra, the organic core featuring 10 expertly curated ensembles and 1 solo instrument, The Cassette Orchestra with 750 tape-warped, affected organic sounds available for you to expand upon using the intuitive eDNA GUI, and The Drone Grid, an almost infinite pool of stunning and unique textural evolutions to offer composers never-ending inspiration. 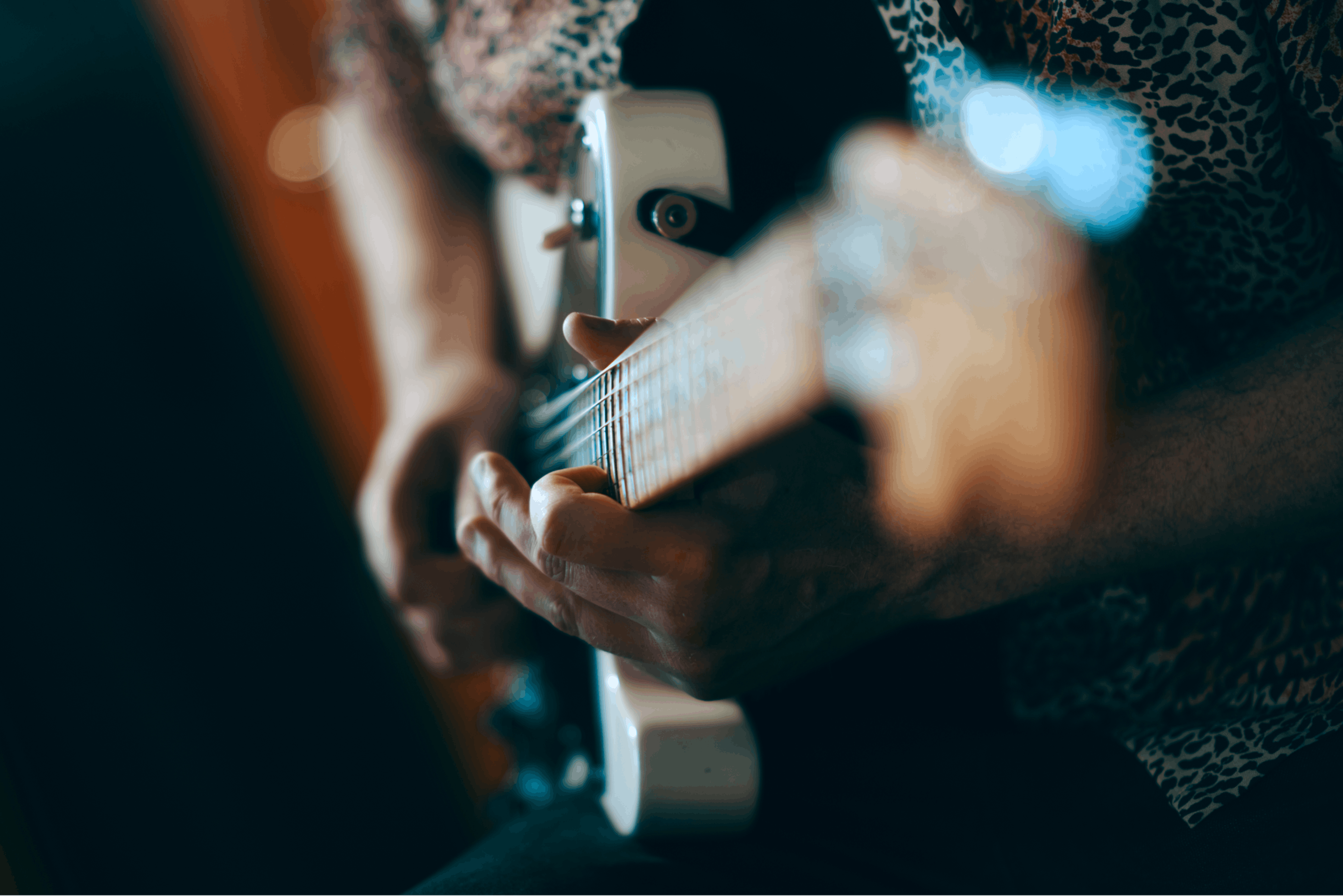 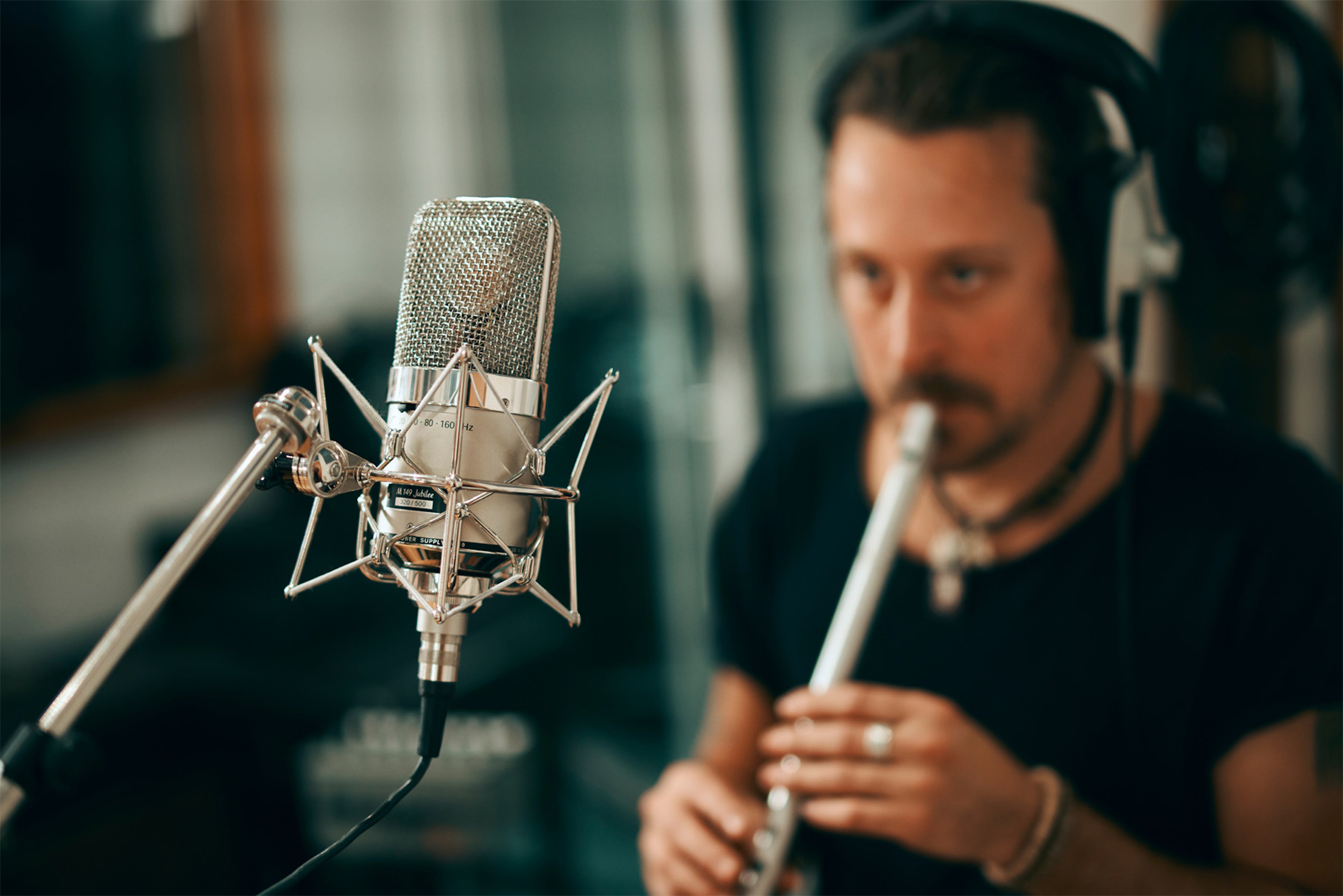 Featuring 10 ensembles and a soloist, 235 articulations, 78 of which are found in the two string sections, including legatos, The Solstice Orchestra is a collection of folk and contemporary instrument ensembles presented in an achingly honest and truthful light. The beating heart of Albion Solstice, these organic sounds are hand-selected by Christian Henson, working closely with a carefully selected group of players from the traditional music scenes in Scotland and the rest of the United Kingdom. Offering new, intimate, and sometimes provoking sounds imbued with raw emotion, evoking past, present, and future at once. 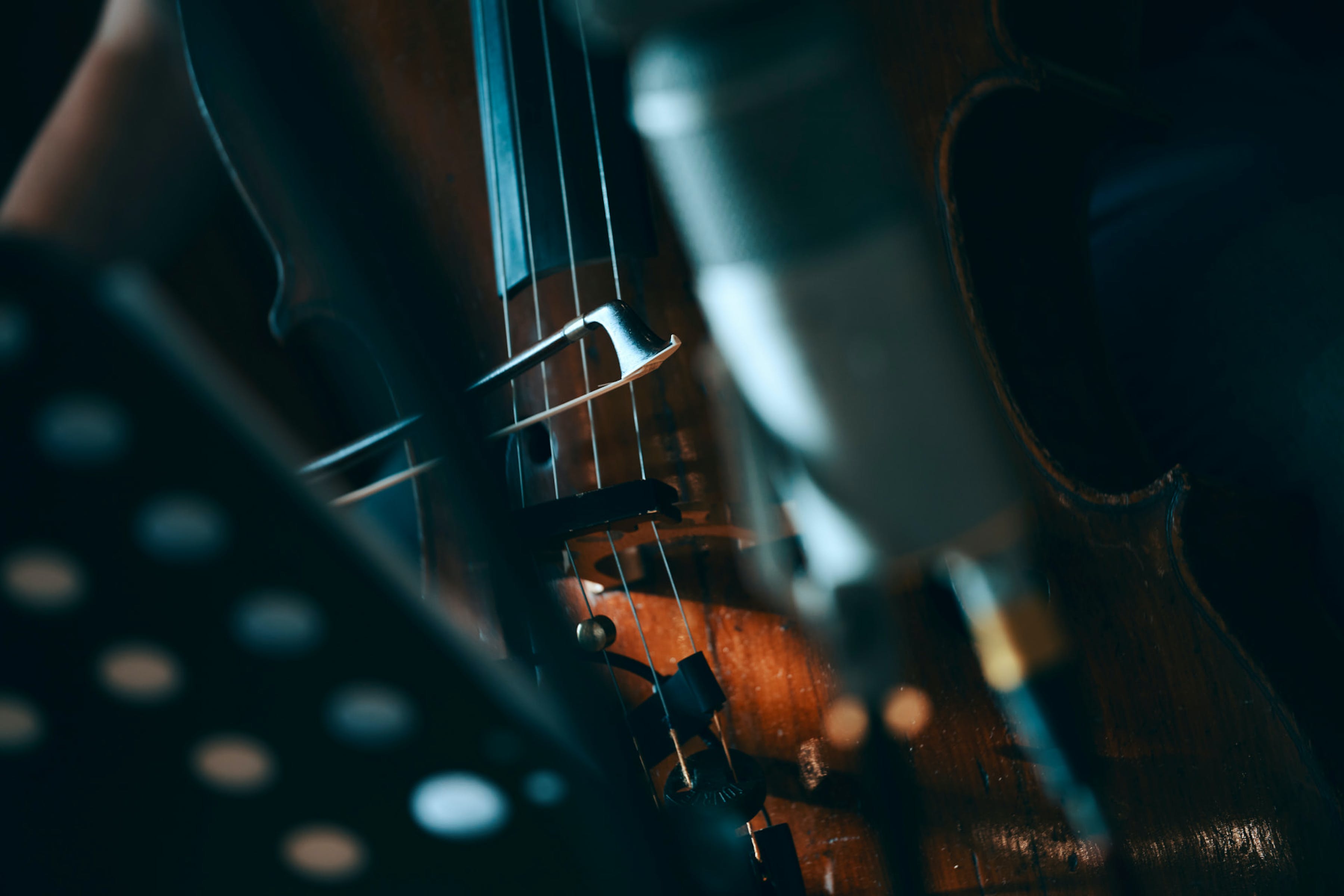 Introduce yourself to the lamenting performances of The Callers, a unique brass and woodwinds section featuring soprano sax, clarinet, tenor trombone, baritone sax, tuba, and contrabass clarinet. Create indie-like textures and tones with help from The Generator Trio, an ensemble of 2 electric guitars and electric bass, creating momentum with strummed, plucked, and e-bowed performances. The Blaggards bring a totally unique and useful grouping of drones and movements, an ensemble comprised of traditional folk instruments including accordions, bass harmonica, nyckelharpa, hurdy-gurdy, harmonium, and clàrsach (Celtic harps), the folk core of the library — but we’ve made it cinematic. Compose with The Elders, a pair of string sections, the Classic Strings Octet offers a raw beauty featuring more common techniques, whereas the Traditional Strings Sextet provides more Celtic, Gaelic, and folk colours to their Classic counterparts.

Each section inside The Solstice Orchestra has been orchestrated to allow you the time to just write with confidence in your tools.

Jump right in using the broadcast-ready mix created by the award-winning film, tv, and game engineer Jake Jackson, or tweak signals to meet your needs using the intuitive GUI, featuring 3 microphone positions and a cinematic impulse response reverb, unique to Solstice and formulated by Christan Henson and the Spitfire Audio Development team, giving you brilliant control over the dry, tight nature of Castle Sound and allowing you to mix with any orchestral library.

For a full overview of what is inside The Solstice Orchestra see the What’s Included section at the bottom of this page. 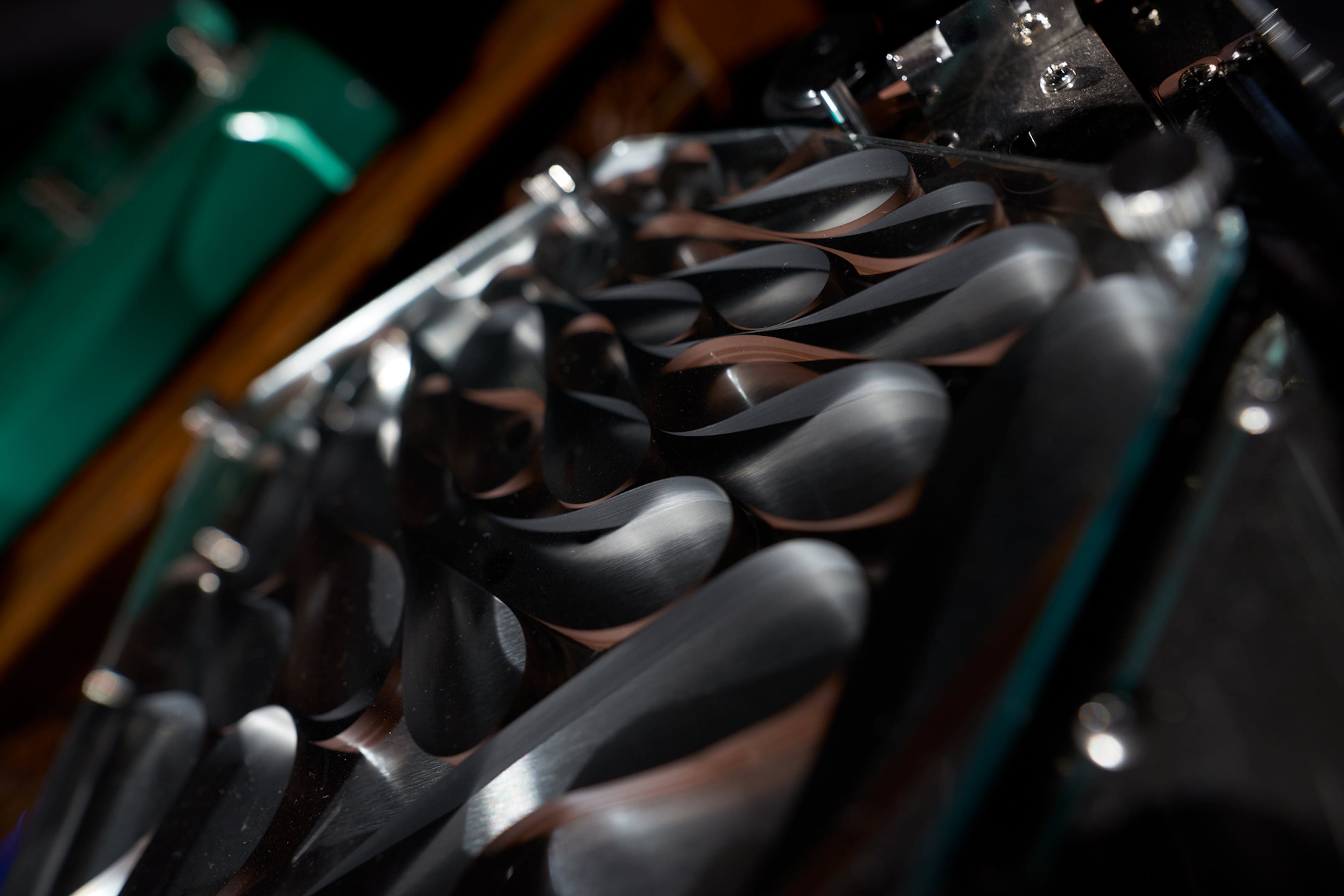 A cornucopia of creative sound, The Cassette Orchestra is an expansive set of 150 presets made from 750 sound sources from The Solstice Orchestra. Imperfect by design, the sounds are processed, mangled, and degraded by Christian Henson personally via numerous specially developed paths, including vintage cassette machines, analog tape delays, an epic Eurorack modular rig, and his enviable collection of guitar fx pedals. Go through the looking glass into Christian’s world, exploring the impossible and creating the unimaginable. Tweak, customise and warp pairs of sounds using Spitfire Audio’s eDNA engine, a creativity machine that allows you to make your own distinctive sounds from the sound sources we have produced.

An imagined history is the inspiration for The Cassette Orchestra. How would these instruments sound if the folk players of the past recorded to cassette via stompboxes? How would they have communicated their explorations of sound? Supporting this is the Eurorack modular and cassette communities, modern-day equivalents of oral traditions of the past, centered on the sharing of ideas, passing from person to person through modern communication channels on the internet, creating a new shared musical tradition and language.

The Visitor—an easter egg in a library of easter eggs—is an inspired group created with 100 different synthesizer sounds from Christian’s vast collection. Vintage and modern instruments are represented, including the SOMA Lyra 8, Roland Juno 6, Jupiter 4, and Jupiter 6, Korg MS-20, Moog Prodigy and so many more. Going a step further, as is the Albion Solstice way, each synth was doubled in the recording or physically doubled (as in, two Lyra 8s, two Juno 6s) for a widescreen stereo effect. Additionally, all sounds were processed via an array of analog effects.

For a full overview of what is inside The Cassette Orchestra see the What’s Included section at the bottom of this page. We also highly recommend you watch Christian’s Walkthrough in the Videos section below.

Featuring long, evolving textures sourced from The Solstice Orchestra and presented in our popular Evo grid, The Drone Grid offers an almost infinite amount of inspiration and creativity. Shepherded by Christian Henson, these are deeply characterful performances that allow for deeper exploration via the expression and dynamic sliders. 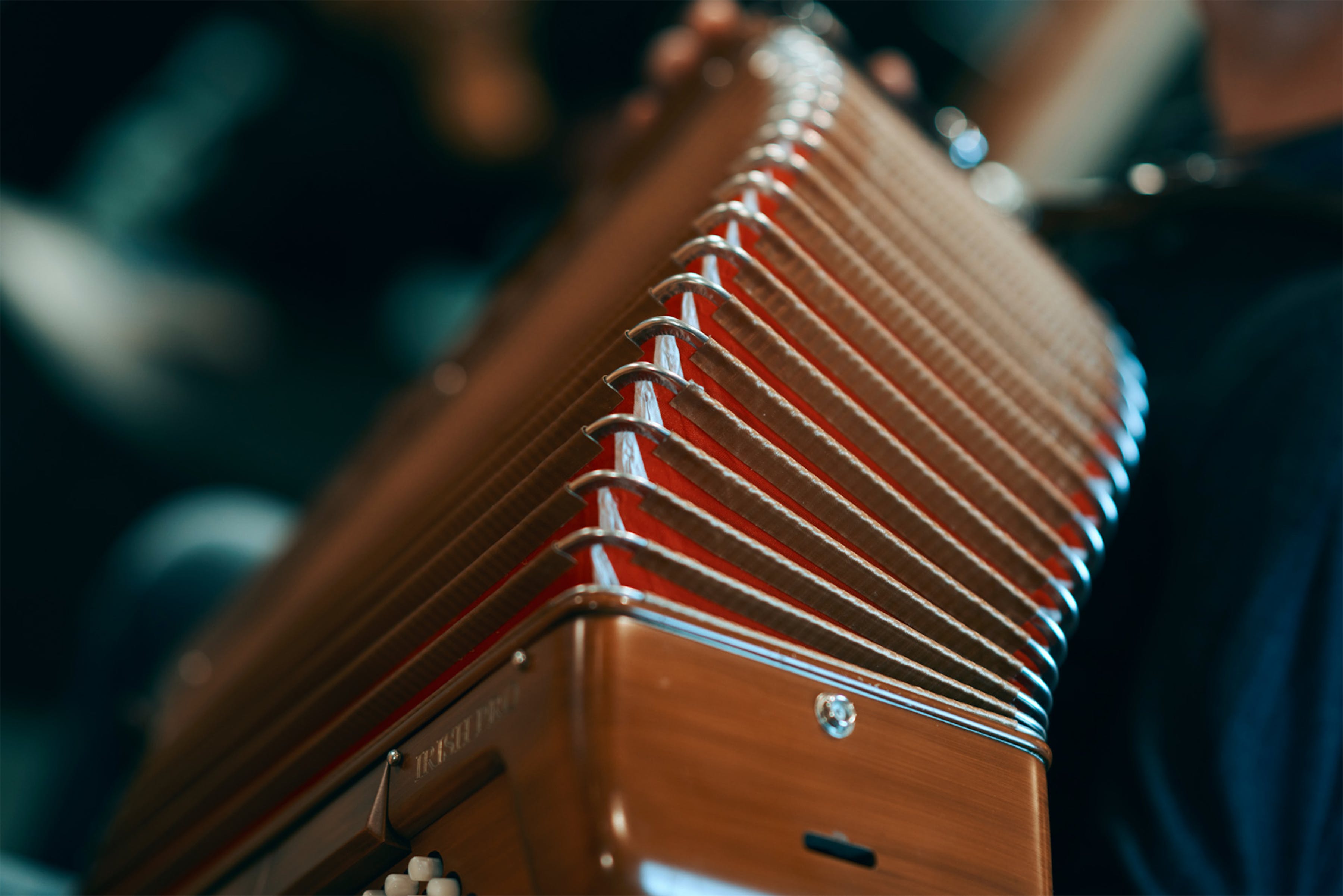 A layered, textural world, showcasing the movement and dynamics baked into the performances from these top-tier musicians, drawing from sources in The Blaggards (Band), The Elders (Strings), The Hosts (Choir), The Callers (Brass & Woodwinds), and others. The sounds within each section are presented as presets, or use the randomiser to create unique combinations from all sections. The Evos allow you to layer together sounds from each section of The Solstice Orchestra, including strings, accordion, nyckelharpa, and hurdy-gurdy, with each note on the keyboard representing a different drone Evo or a selected sound can be spread across the entire keyboard for focused inspiration. Pads and melodic lines are made possible via the full key range.

The Drone Grid serves as a great jumping-off point to move beyond the blank page or to enhance existing cues by blending in its complex textures. With the randomisation of each instrument, you can quickly write unique and unexpected ideas from the 48 presets. These are modern, inspiring sounds based on the rich heritage of folk instruments and performance styles, endlessly customisable to your needs.

For a full overview of what is inside The Drone Grid see the What’s Included section at the bottom of this page. We also highly recommend you watch Homay Schmitz’s Walkthrough in the Videos section below.

Pure, raw inspiration with a heart of folk. Expertly curated, lovingly recorded and gloriously processed, Solstice has a sonic personality all of its own. An unadulterated joy to compose with and play.

Is Albion Solstice included in the 'Albion' collection?

Yes, Albion Solstice is available as part of our Albion Collection.

Does this product contain content from other existing products?

Is this product available with an educational discount?

Apple Silicon/ARM not yet supported but available via Rosetta 2

Kontakt Version 5.6.8 or above required

Explore other libraries in this range...