These electrifying soundscapes come from the combined vision of two boundary-pushing artists — cellist and composer, Mabe Fratti, and multidisciplinary sound artist, Concepción Huerta. DIY, improvisational and progressive, the library features unorthodox cello techniques, analog synths and vocal-based pads, as well as atmospheric, industrial warps and abstract textures — distorted, deconstructed and pushed to their limits using the artists’ enviable pedal collections and bespoke tape processing techniques. Full of contrast and character, each sound is highly evocative — from ethereal and nostalgic to unsettling, aggressive and dystopian atmospheres that cut right through a mix — ready to breathe new life into your compositions and spark new ideas.

Recorded alongside the artists’ EP of the same name, out now on SA Recordings, the library offers a range of sound-sculpting controls for a dynamic sonic palette with exciting possibilities. 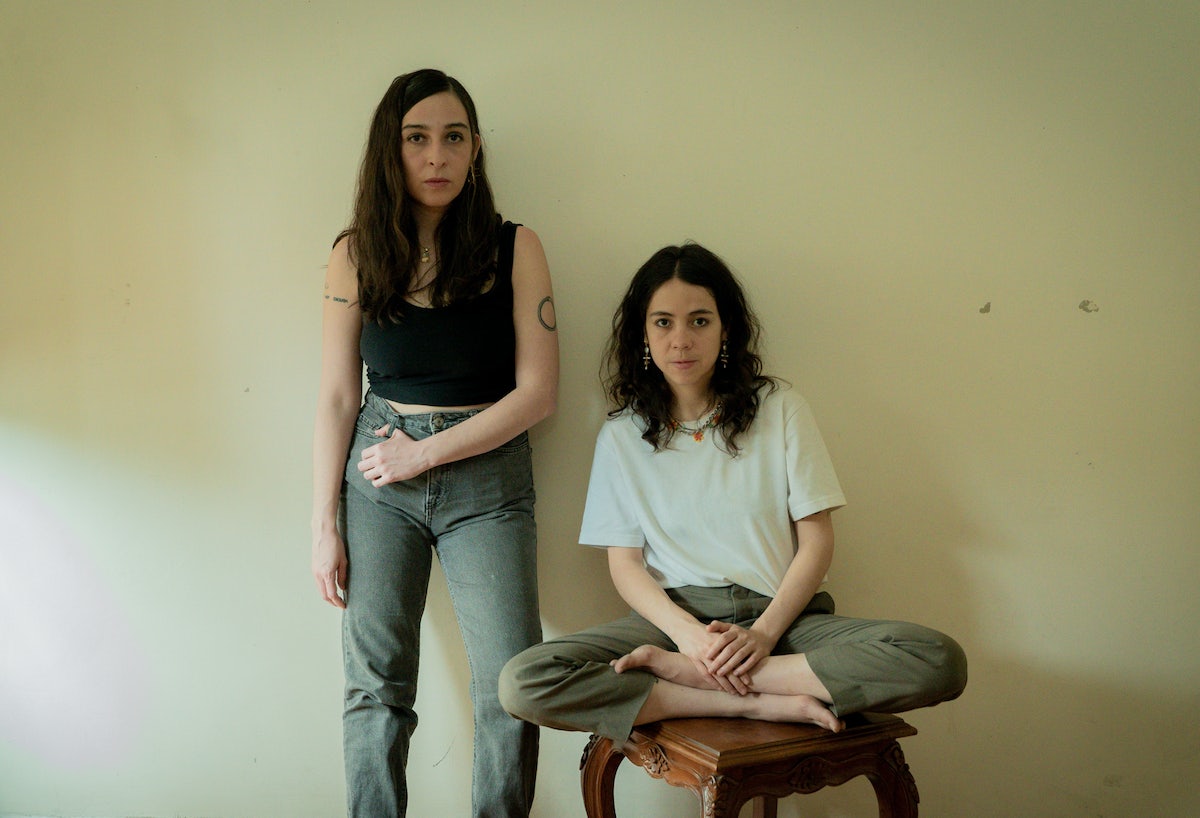 Developed and recorded in Mexico City, the library was created at the same time and in the same space as the artists’ four-track EP of the same name, within a live, improvisational environment. Estática combines the organic, natural forces of Fratti’s haunting cello, analog synths and vocals with Huerta’s experimental use of tape, pedals and heavy processing to create an atmospheric and almost supernatural quality complete with feedback squeals, drones, menacing plucks and saw-like, metallic edges.

When the artists started to create together, they wanted to express the overwhelming sensations that the news of the world resonated in their minds and bodies, and how small it made them feel. Estática reflects this notion of feeling overwhelmed and confused in the wake of a global standstill. “The sounds and music we’ve created reflect the dichotomy of both meanings of the word ‘estática’”, says Fratti, “the charge of static electricity inside us, combined with the feeling of stasis and immobility that comes from being overwhelmed — that feeling when you can’t do anything and are totally stunned. A static electric signal, frozen in time.” 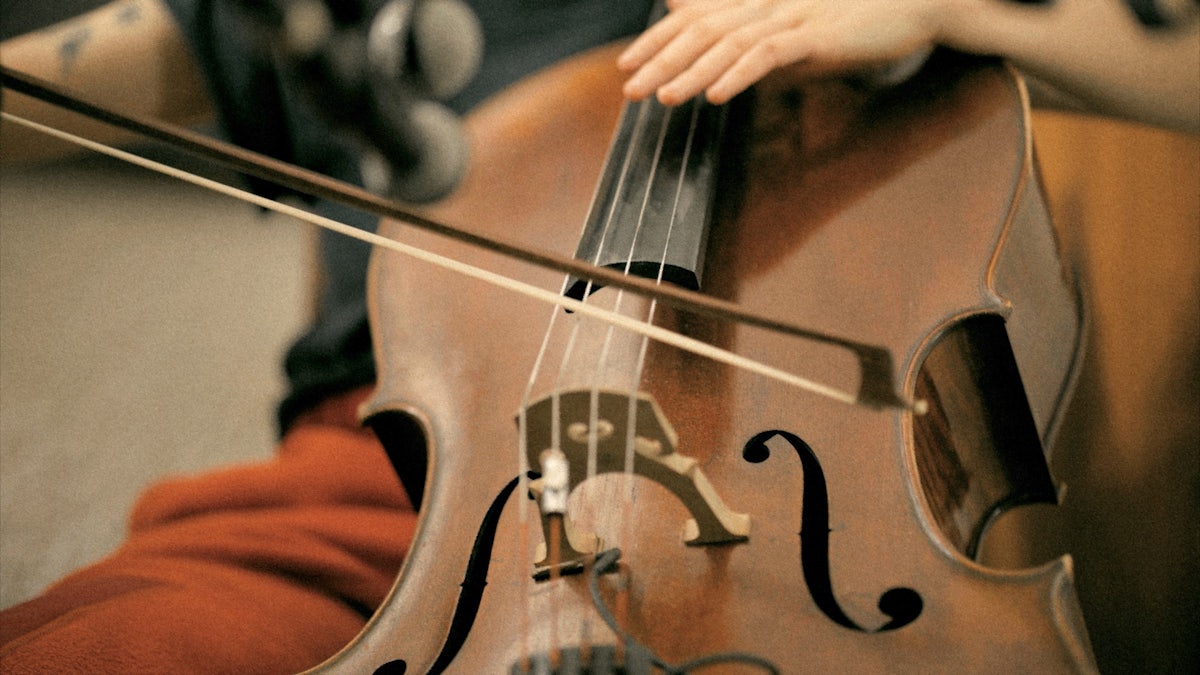 Fratti’s wide range of distinctively haunting cello techniques range from soft bowings to aggressive bow FX and bending strings, capturing the raw character of the instrument, while also pushing it to its limits – a sea of reverb and distortion achieving alien-like drones, as well as tones reminiscent of an electric guitar.

Atmospheric tape processing from Huerta, from hissing to sounds reminiscent of old radio signals, with room for further experimentation.

Comprising organic vocal performances and granular, processed vocal-based pads, this section lends itself well to composers looking to add a human touch to their compositions, achieving sounds other instruments can’t quite capture.

Atmospheric and orchestral-based, this section provides extra layers to add more depth and texture to your compositions 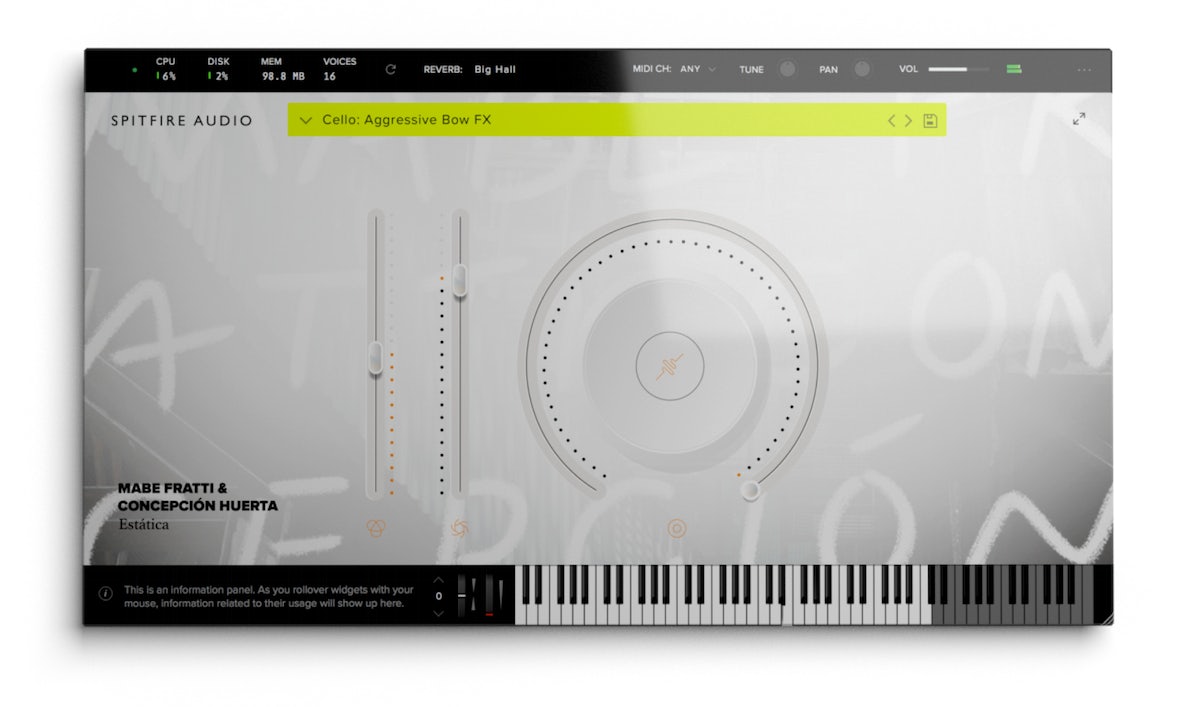 Emerging from Mexico’s vibrant capital city, Mabe Fratti and Concepción Huerta have both forged their own individual paths at the forefront of the city’s improvisation scene, playing with progressive sounds, pedals, and effects, all of which have become a mutual musical trademark. Their collaboration dates back to a chance meeting at experimental music festival, Umbral, soon after Mabe moved to the capital, and the pair instantly became friends through their common interests and shared love of sonic experimentation.

Fratti creates hypnotic and captivating performances, sewing contemporary elements like shoegaze and dream pop with ancestral influences, from Gregorian chants to Sephardi music, transformed in a potent sonic ritual that creates a profound emotional impact. This release follows Guatemalan-born composer Fratti’s critically acclaimed Será Que Ahora Podremos Entendernos, made while quarantining in the artist compound La Orduña, outside Mexico City, and of which Pitchfork says, “blooming with ecstatic synth riffs and spirited cello, the record captures the sound of a mind abuzz”. Her 2019 debut LP, Pies Sobre la Tierra, introduced the world to Fratti’s lush & hypnotic cello compositions. Her recent album Será que ahora podremos entendernos, earning acclaim from Pitchfork, NPR, BBC, The Wire, The Guardian, XLR8R, Bandcamp, and more, finds a space for lyrical invention, elevating her otherworldly creations to new heights. The album’s title translates as Will we be able to understand each other now? Mabe’s Cello is still a prominent aspect of the work here but it comes draped in vintage synths, guitars, field recordings, and gentle drone.

Huerta creates aural textures of narrative background with ambience and noise as pillars. A keen documentarian of the experimental scene in Mexico for more than five years, she started her creative practice in visual media and later moved towards sound design and is at the forefront of the noise, impro and audiovisual collaboration circuit.

I’m excited to hear these sounds applied to audiovisual narratives, whether bringing a specific character to life, conveying emotion or adding atmosphere to a scene — their abstract nature makes them well-suited to sound design, too.

How do I add this library into kontakt?

You don’t! Estática is a dedicated, free to use plugin available as VST2, VST3, AAX and AU, so it can be used directly in your favourite DAW.

What software will I need to install?

You will only need the Spitfire Audio App which you can download here.

What software will I need to run this library?

We provide a VST2, VST3, AAX and an AU, so as long as your chosen DAW supports one of those plugin formats, you’re good to go.

Read more FAQs for this product