These beautifully crafted steel drums, performed by renowned session percussionist Frank Ricotti, will add colour and energy to your film, TV, & games scores. Steel Drums also includes a fantastic selection of presets, designed for use on contemporary RnB, pop and electronic music and hosted in our popular eDNA engine for instant playability and control. From hauntingly beautiful soft layers to searing metallic bites, this exciting addition to our percussion range has been sampled on the greatest scoring stage in the world — The Hall at AIR Studios — blending perfectly with all of our orchestral libraries. 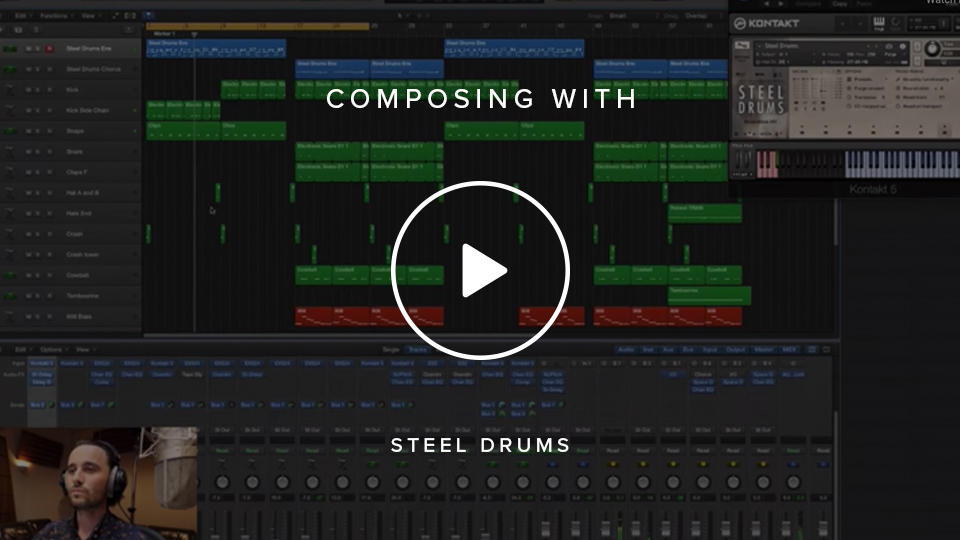 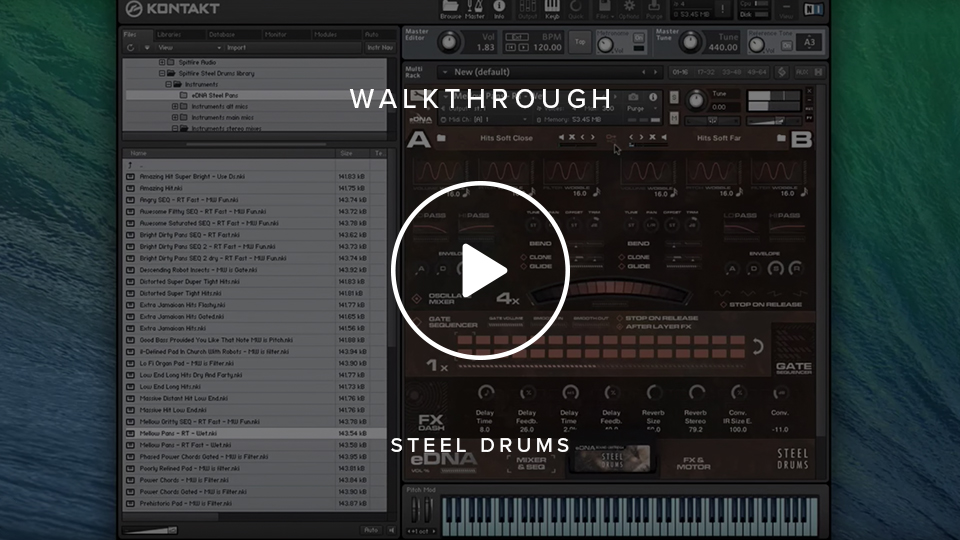 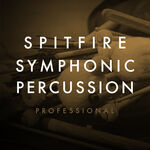 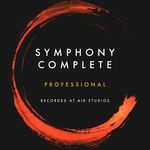 Spitfire's founder Christian Henson has always had a fascination with steel drums, known for their emotional mellow tones, sub-bass harmonics and rich timbral and dynamic range. Having collaborated with Frank Ricotti on many percussion projects, including the seminal Hans Zimmer Percussion, we went back to The Hall at AIR Studios to expand our percussion range even further.

Our aim was to record these steel drums for a multitude of uses, using various microphone positions to capture different perspectives. Our Tree mic position works for those looking to work steel drums into their orchestral film, games and TV scores, while Close and more focused positions are more suited to RnB & electronic tracks. We have captured a versatile and touching tone at softer levels, up to louder, brasher dynamic layers for a more traditional Caribbean sound.

Steel Drums is presented in two interfaces — the standard multi-mic, designed for those familiar with our orchestral range, with front-end instant tweaking of articulations and microphones. We have also loaded the steel drums into our sophisticated eDNA engine, with dozens of instantly playable presets designed by our award winning team of composers, producers and sound designers. Every note was recorded by AIR Studios' expert resident engineer Jake Jackson using an array of priceless vintage microphones via Neve “Montserrat” pre-amps and a beautifully serviced Studer 2” tape machine, then into digital at 96k via the best Prism AD converters.

Originally of Trinidadian tradition, bamboo sticks were used to hit kitchenware, trash cans and drums, which grew into a movement in the 1930s od all-steel bands and becoming a a popular carnival instrument by the 1940s. In film scoring, they can be found on seminal works by Jaco Pastorius, Cliff Martinez and Hans Zimmer, and on popular dance and RnB tracks across the globe.

Percussionist Frank Ricotti is a living legend. Beyond being one of the most in demand percussionists in the world for top recording artists, he has played on countless blockbuster film scores such as Inception, Skyfall, Twilight Saga, Madagascar, Interstellar, Narnia, Fantastic Mr Fox and the Bourne series. 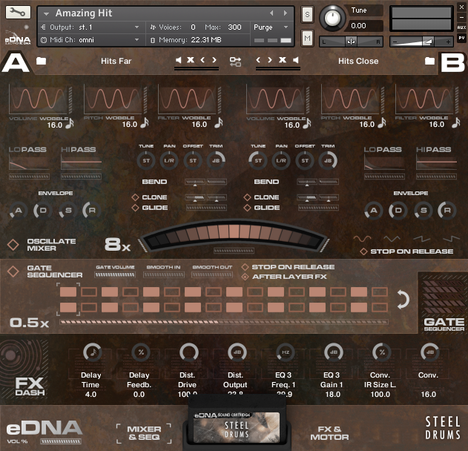