Nine harps playing simultaneously spread out around the Hall at Air Studios. From hauntingly slow and fast tremolandi, to long and short plucks, harmonics, and what has to be the most extraordinary selection of cascading glissandi we've ever heard. The second instalment in the Swarm story offers instant inspiration and a broad variety of uses. 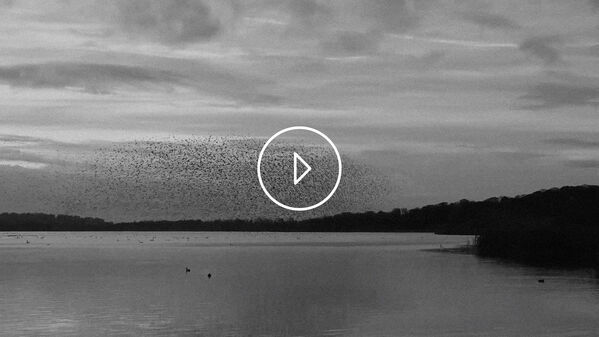 The obvious use of nine beautifully maintained harps, playing both on the scoring stage and in the galleries at Air studios, would be to engulf your listener in a cascade of sweeping glissandi. If you're a blockbuster composer working on fantasy and magical material, once you've had nine, you're unlikely to go back! Swarm 2 delivers some staggering epic glissandi resonating around this world renowned hall. But this is only the beginning! The plucks and plucked harmonics offer a hauntingly epic melodic universe that will happily straddle larger strident orchestral arrangements at all dynamics. However, the Spitfire team feel the real magic of this library lies in the slow, fast and granular tremolandi, ranging from a soft choral sea of calm to a ferocious rain storm. Great for anything other-worldly, science fiction, mystery and horror. The long strings, with full speed and dynamic control, have an inherent kinetic movement and energy, even when playing simple and slow chords. This is a magical tool, providing you with new pastures of inspiration.

Spitfire Swarms are made up of instrument sets rarely grouped together to form large ensembles and presents as viable symphonic 'choirs'. They enable the user to take plucked or beaten instruments and use them like you would a string band, with long shimmering sustains and inspiring epic single hits. Many Spitfire libraries give the user the ability to control vibrato in strings, for Swarm this is replaced by a speed control to vary between a glorious patina of individual notes to engaging "sheens" of sounds where each individual note is imperceptible.

Recorded in the much loved hall at Air Studios, the Swarm range fits perfectly into your orchestral palette as a left field sound that is beautiful, engaging and totally original.

If you're tired of your existing orchestral writing palette, or your director wants something new but your producer doesn't want to take any risks. If you're looking for something inspiring or something that you can hold for an age without your listener tiring. If you feel your sample set is dry, featureless and still, or you need to add motion and texture as a layer to your existing orchestral samples then it may be time for a Swarm.

And if you're writing a fantasy blockbuster, once you've had NINE harps, you'll never go back!

• 6 Harps on the main scoring stage, 3 in the galleries recorded in unison
• Long, Short & Harmonic plucks with Numerous Round Robins
• Haunting slow and fast trems with speed control and dynamic crossfading via mod wheel
• Exhaustive epic glissandi selection including release trigger and different speed options
• Recorded to tape via the finest microphones and pre-amps
• Selection of mic perspectives and Jake Jackson mixed from up front and personal to epic widescreen
• Easy to use, this one springs out of the box.