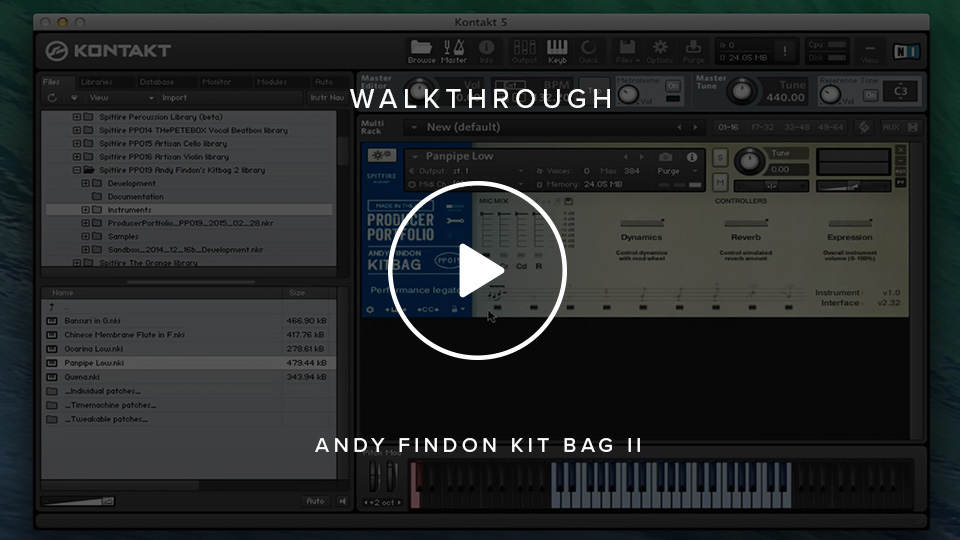 Andy’s background of mixed musical experience has led to an incredibly diverse career. Having trained as an orchestral flautist, as principal flute of the National Youth Orchestra in the early 1970s and 3 years at the Royal College of Music, he soon branched out into the London musical scene, from dance band dates (working for Nat Temple, Joe Loss, Eric Delaney & Sidney Lipton among others) to Ballet Rambert, taking in The National Theatre and the formation of the Myhra Saxophone Quartet with John Harle.

He soon found work in the thriving “session” world and was busy depping in the London orchestras and on numerous West End shows. An interest in “ethnic” instruments seemed to fit well alongside work as both an orchestral flautist and a commercial “woodwind doubler”. He has played with an enormous list of renowned international artists, composers, arrangers and producers.

The early 80’s saw the start of his work with the “Michael Nyman Band”, with whom he still tours and records and folk-rock band “The Home Service”. Andy is principal flute of The National Symphony Orchestra, and works with many other chamber groups, including The Ceruti Ensemble , London Saxophonic, Sax Assault and Saxpak.

His West End credits include work in Andrew Lloyd Webber productions, Sunset Boulevard, Whistle Down The Wind, The Beautiful Game, (for which he was named in the Sunday Times review), “Bombay Dreams and “The Woman In White. Other recent shows include “Sinatra At The London Palladium, Wicked, Lord Of The Rings, Oliver and Wizard Of Oz.

Included in this collection are another 5 of his most requested gems from his endless collection of curiosities: Bansuri, Quena, Chinese Membrane Flute, Low Ocarina and the beguiling Low Pan Pipes.

Each instrument contains essential articulations that best characterise both instrument and player alongside some incredible "artisan" articulations that bring Andy's flutes to life whilst still obeying the direction of your composition. Andy's Kit Bag is ingeniously scripted to spring to life straight out of the box. For ease of use, and alongside standard articulation switching, are beautifully designed "performance patches" that respond intelligently to the way you play.

Part of the Producer Portfolio which answers requests for drier sounding more manipulable samples, for more non-orchestral material, and for libraries that are affordable to all. Recorded by the Spitfire team in a number of smaller but excellent London studios, including the new Spitfire HQ in King’s Cross and their old favourite, the classic vintage studio Air-Edel in Marylebone. With a useful selection of classic/ vintage, modern, broad and room microphones, the Producer Portfolio features the talents of legendary musicians, producers, composers and programmers. With Spitfire’s existing orchestral and definitive ranges, we’re very proud of the “impression” that the hall at Air studios gives, but it’s not right for every application. With this new range, we have recorded in smaller spaces, close, mid range and room perspectives with carefully positioned ‘A class’ mics and pre-amps to give you the raw materials you need to make these sounds your own.