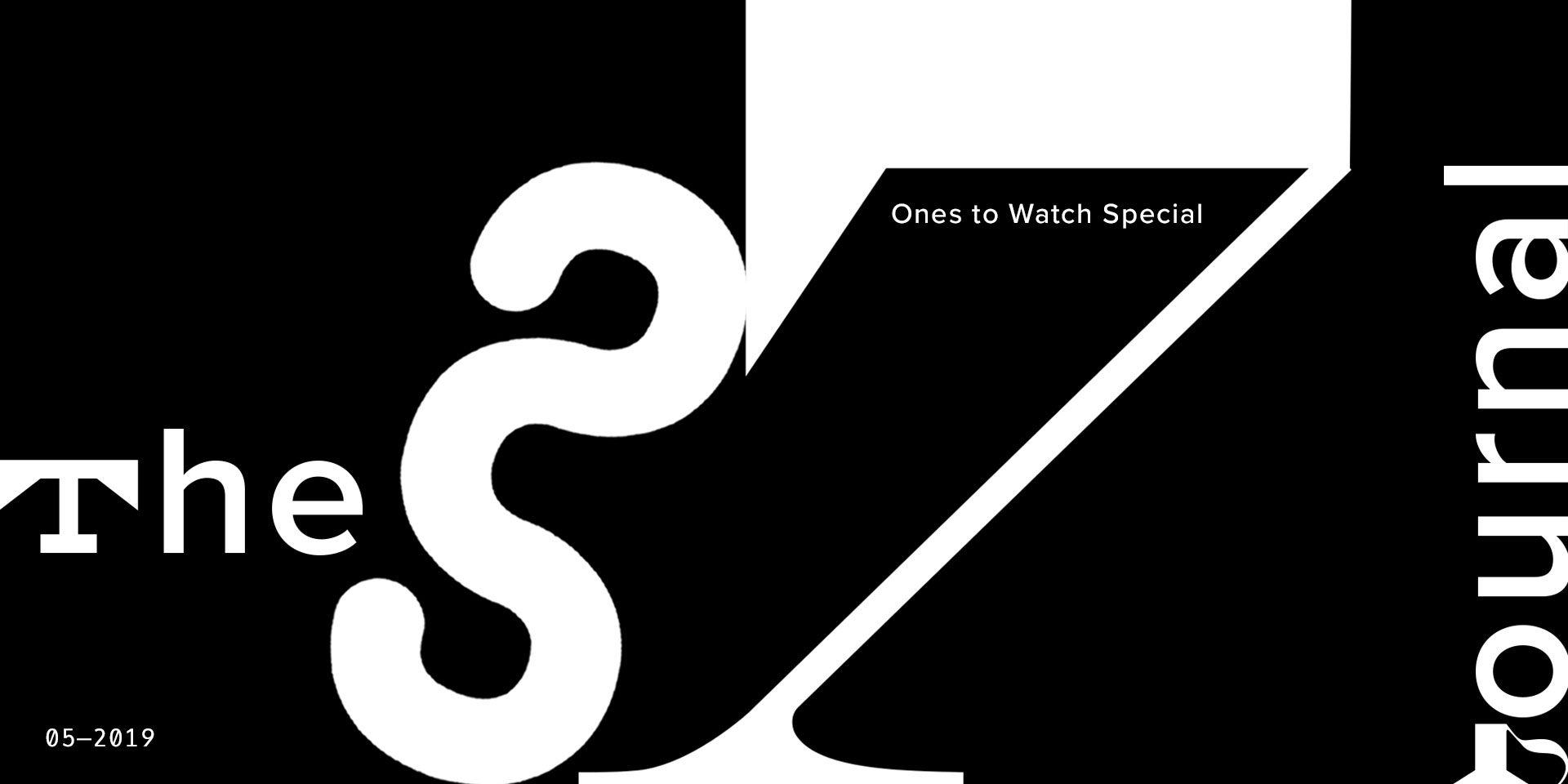 Ones to watch special

For this month’s Journal, we wanted to celebrate our Ones To Watch series. Over the past couple of years, we have had the pleasure of spending time with some incredible composers and performers who are at the top of their game. What’s even better is the fact we’ve been able to share this with you all and give you an insight into who we’ve got our eyes on. So if you’re looking for new music to check out or simply want to watch some beautiful performances & listen to some inspiring interviews then you’ve come to the right place.

Peter Sandberg is a Neo-Classical/Electronic multi-instrumental Artist and Composer, living and working in Sweden.

Inspired by the disparity between the idyllic Swedish landscape and dizzying, complex narratives and emotions of modern life; Peter’s music is deeply intimate, as warm as it can be cold, but always soothing and cleansing. His honesty speaks through his muted tones, but also through his uplifting melodies and driving rhythms.

His earlier catalogue amassed over 150 million digital streams, building him a loyal fanbase.After a period of reflection and writing, Peter signed to London-based ambient and post classical label Phases Records in 2018, releasing new music ahead of his eponymously named studio album coming 2019.

Ones not to miss

Claire M Singer is a composer, producer and performer of acoustic and electronic music, film and installations. She also looks after one of the most prestigious organs in the world, the legendary 1877 Henry Willis organ at Union Chapel, London. 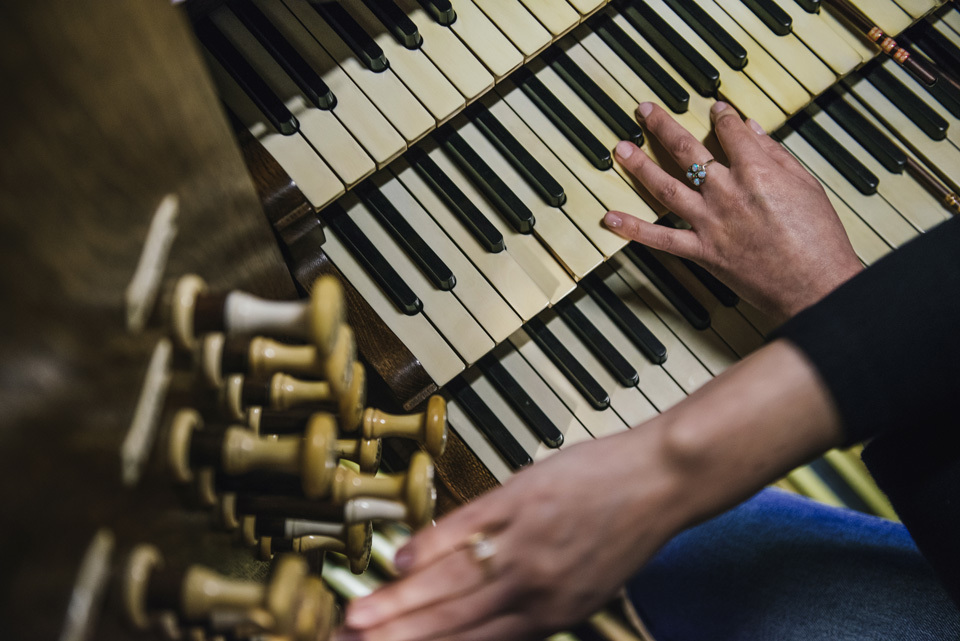 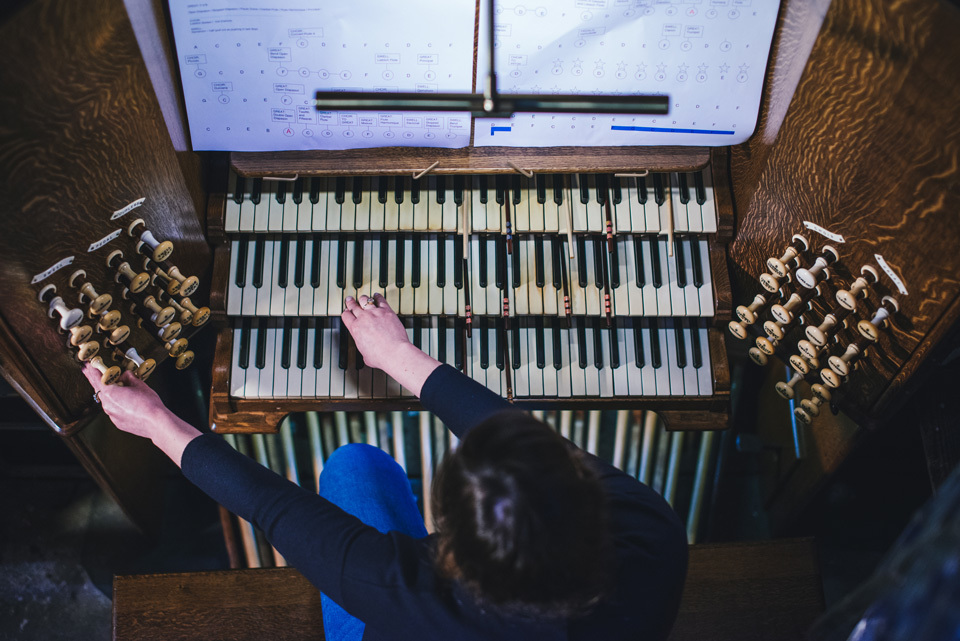 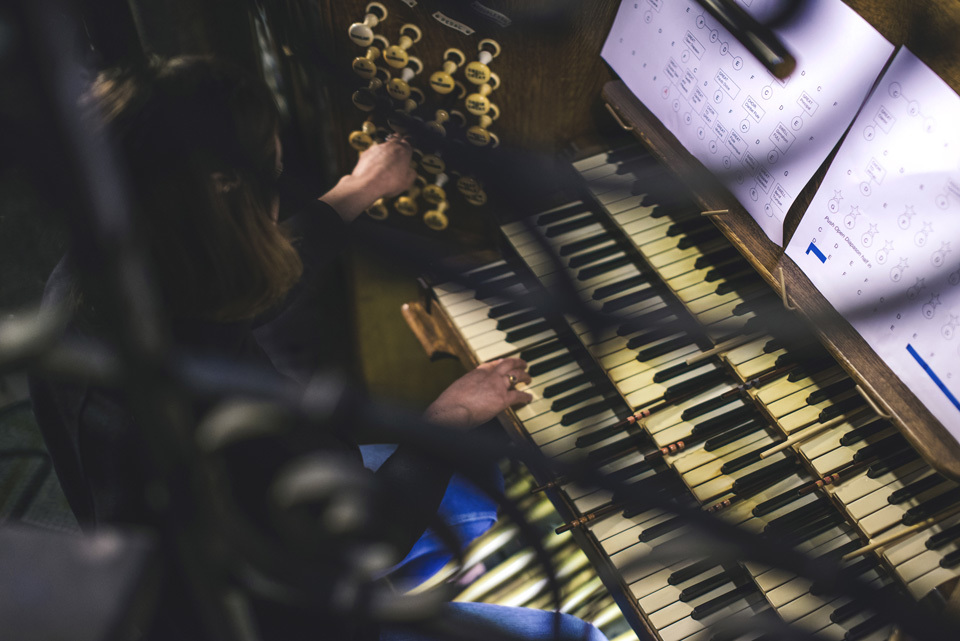 Performing a live session of their track 'Clouds' from the Tv Series the Last Post.

Joe Wilson and Tom Kingston, both from London, are longtime friends who have been creating music together for many years. For the last five of those, they have been releasing music under the name Solomon Grey. The classically trained duo are known for their cinematic and emotive soundscapes, and have not only scored for film and TV but are also a band in their own right. 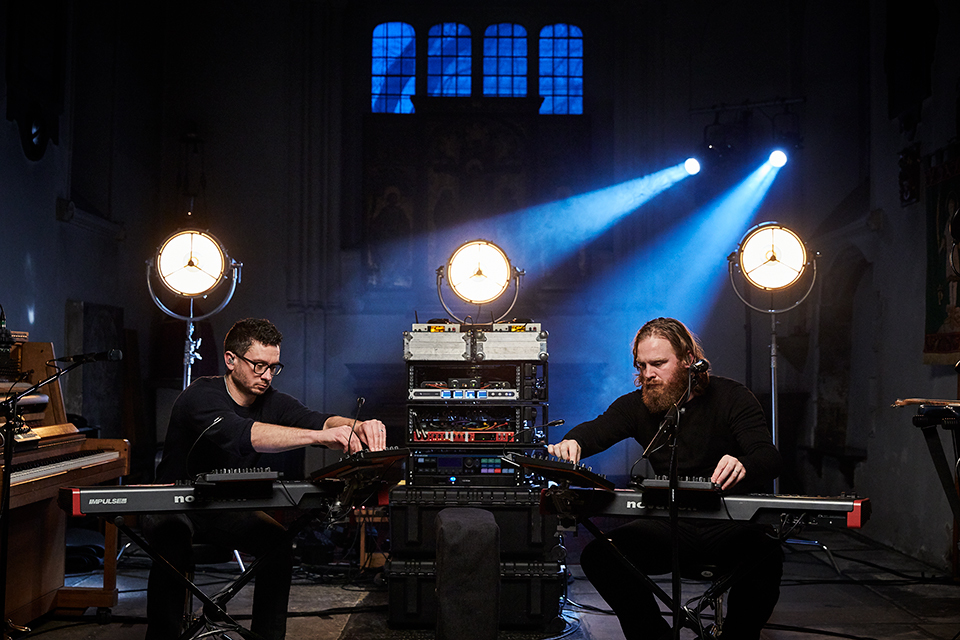 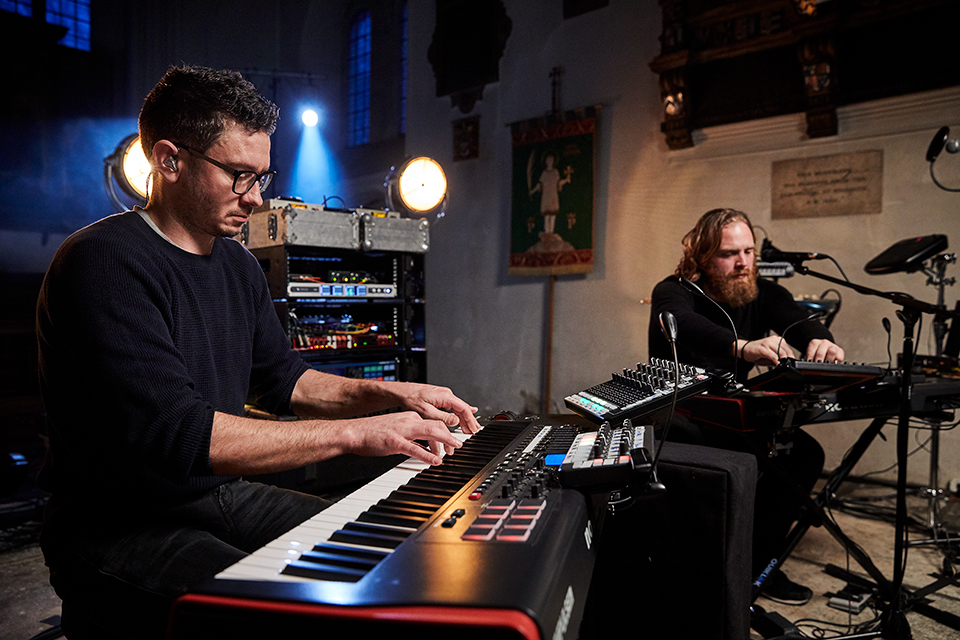 Using electronics, looper and FX pedals, she has cultivated a unique, fresh sound, forging a new artistic identity for the instrument. 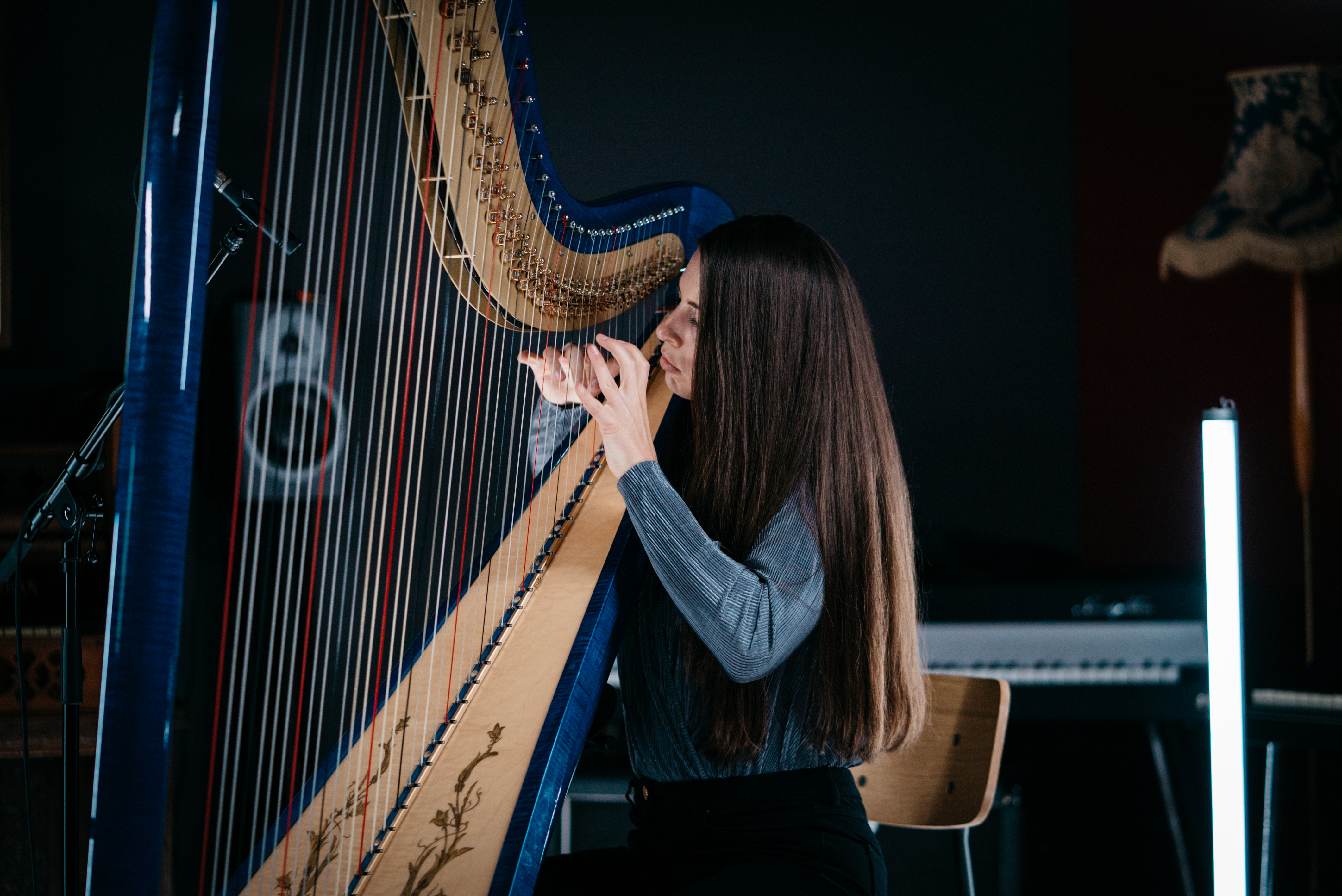 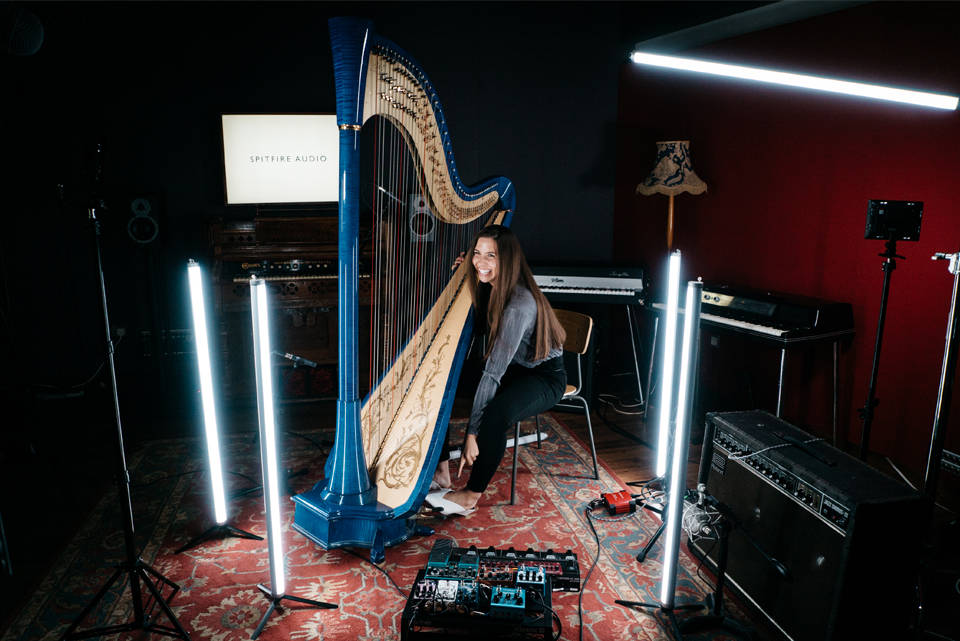 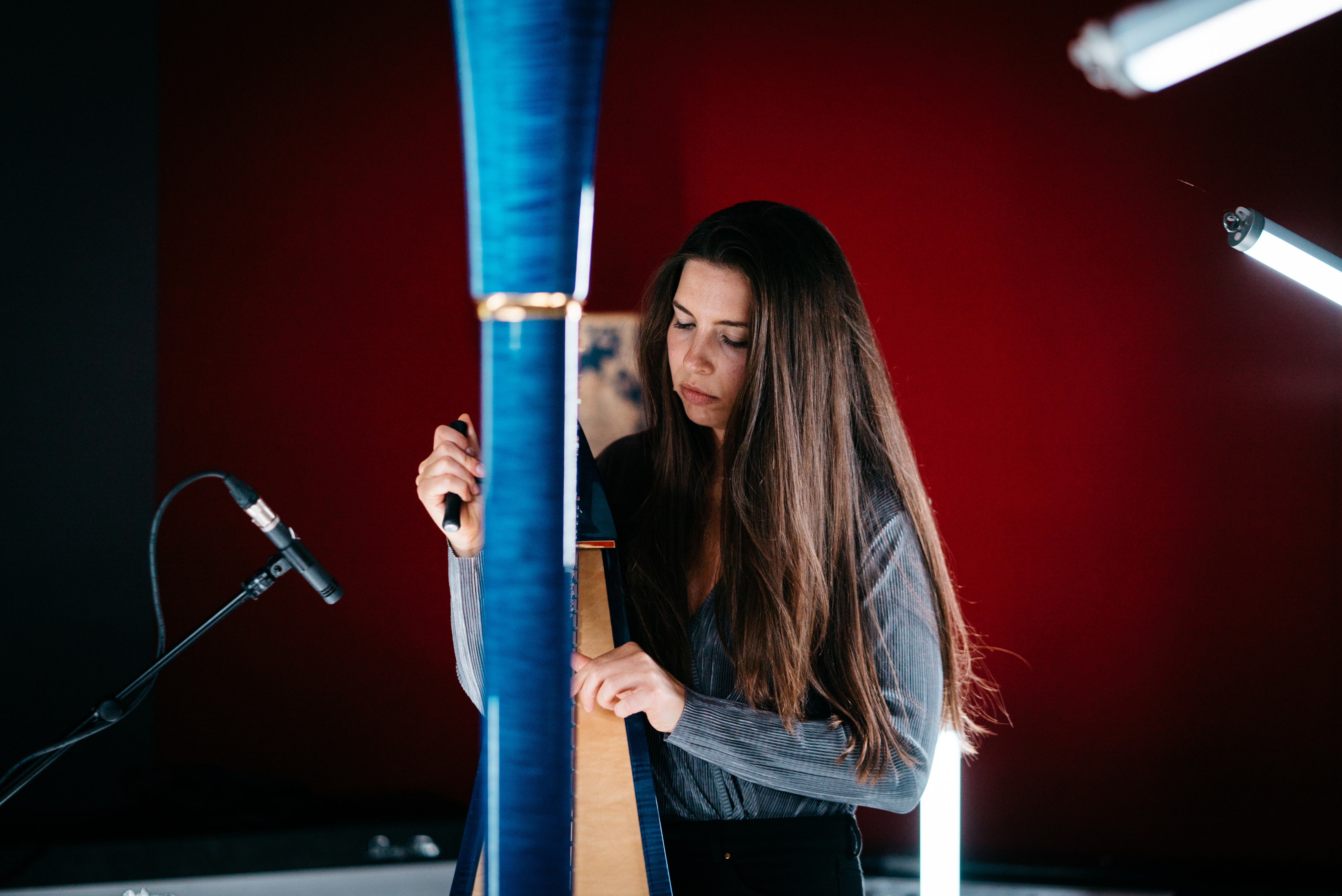 Get to know lara

Lara was invited to Hans Zimmer’s Bleeding Fingers studio to compose and improvise material to picture for the Blue Planet II score, featuring Radiohead. She was also recently brought on board to work with neo-classical label Erased Tapes, where she recorded Ben Lukas Boysen’s album Spells with Nils Frahm, which aired on BBC Radio 6 with Mary Anne Hobbs. Lara worked closely with Ben to shape the sound of the harp, meticulously processing the instrument through layers of tape delays.

As an active live artist, Lara is called upon for her signature combination of electro-acoustic harp and FX pedals, as well as her improvisational skills and compositional arrangements. She recently performed live with artists such as Anderson .Paak, Bazzi, and Josh Groban, and on the BBC with Guy Chambers’ Secrets of a Pop Song. 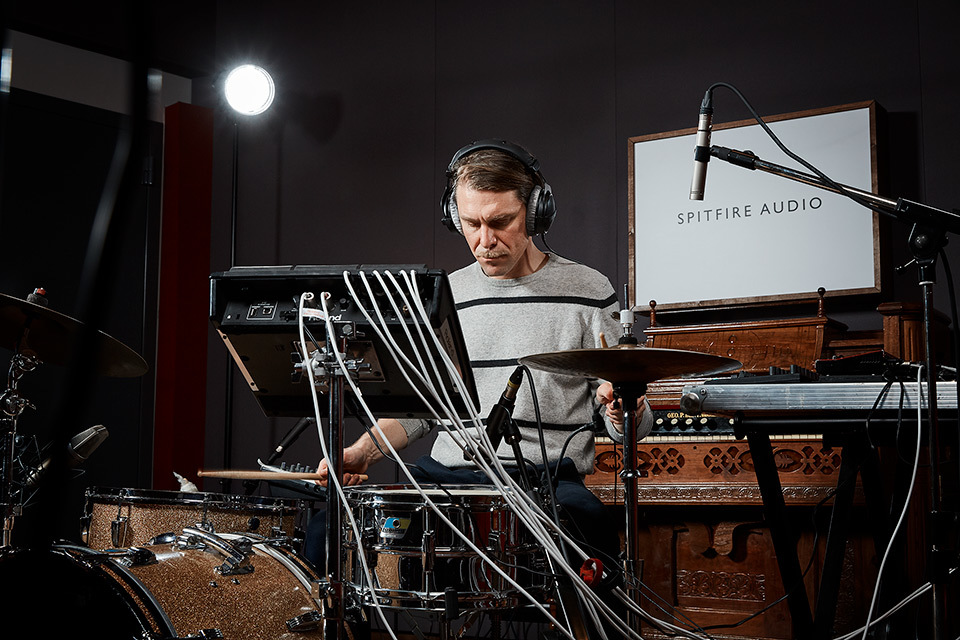 Over the years Belfi has built a sound-world that artfully combines a modest drum set-up with an equally concise electronics component. He has searched long to produce and refine the acoustic timbres of his music, but has now reached a certain point of fulfilment, courtesy of his Saari drum-kit from Finland. Melded seamlessly with the acoustic elements is a Nord modular and sampler. On Ore, Belfi attains a masterful synthesis of these two sonic realms.

‘Standing On The Roof Of The World’ featuring the Coriolis Quintet.

Get to know hannah

The Northern Irish artist, singer and electronic composer and member of The Magnetic North, released her most recent album Mary Casio: Journey to Cassiopeia in 2017. A seven-movement odyssey composed for analogue synthesisers and full, traditional 29-piece colliery brass band. The journey continues Peel’s fascination with the brain and the explorative links between memory and music. Described by Mojo magazine as ‘celestial, mysterious and awe-inspiring’, it was also voted Observer Readers Album of the Year 2017, earning her the accolade of ‘A latter day Delia Derbyshire’. 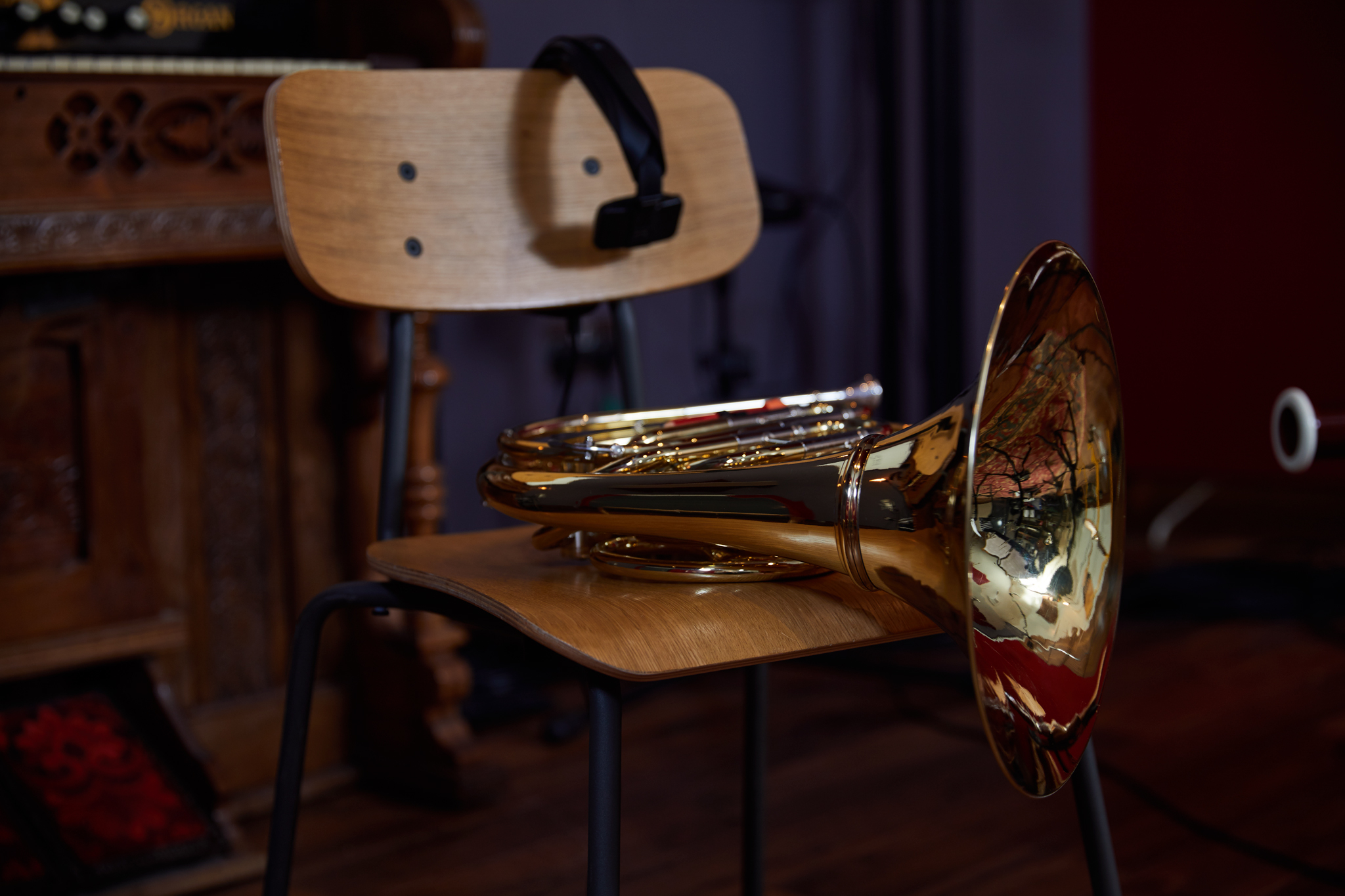 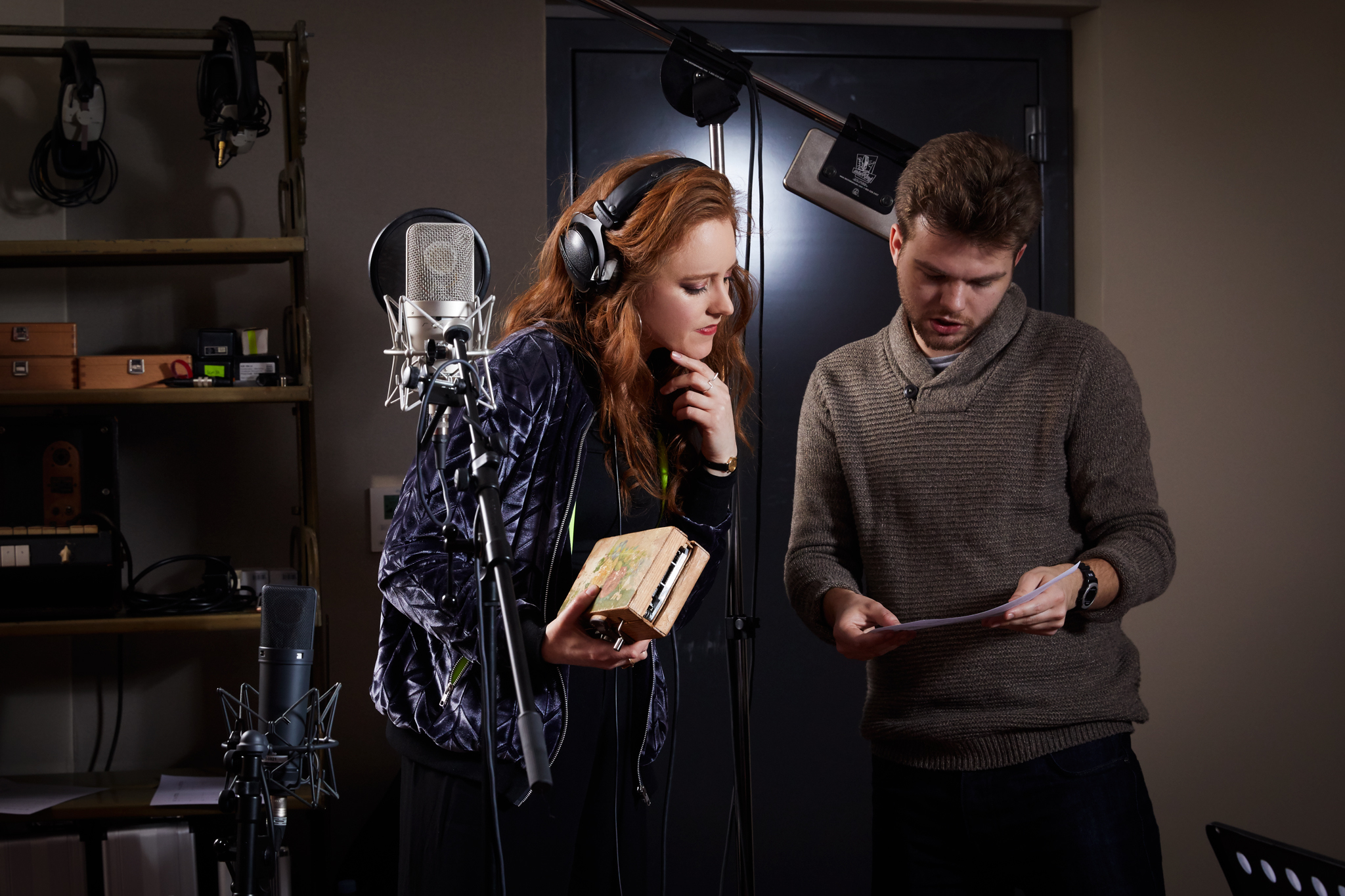 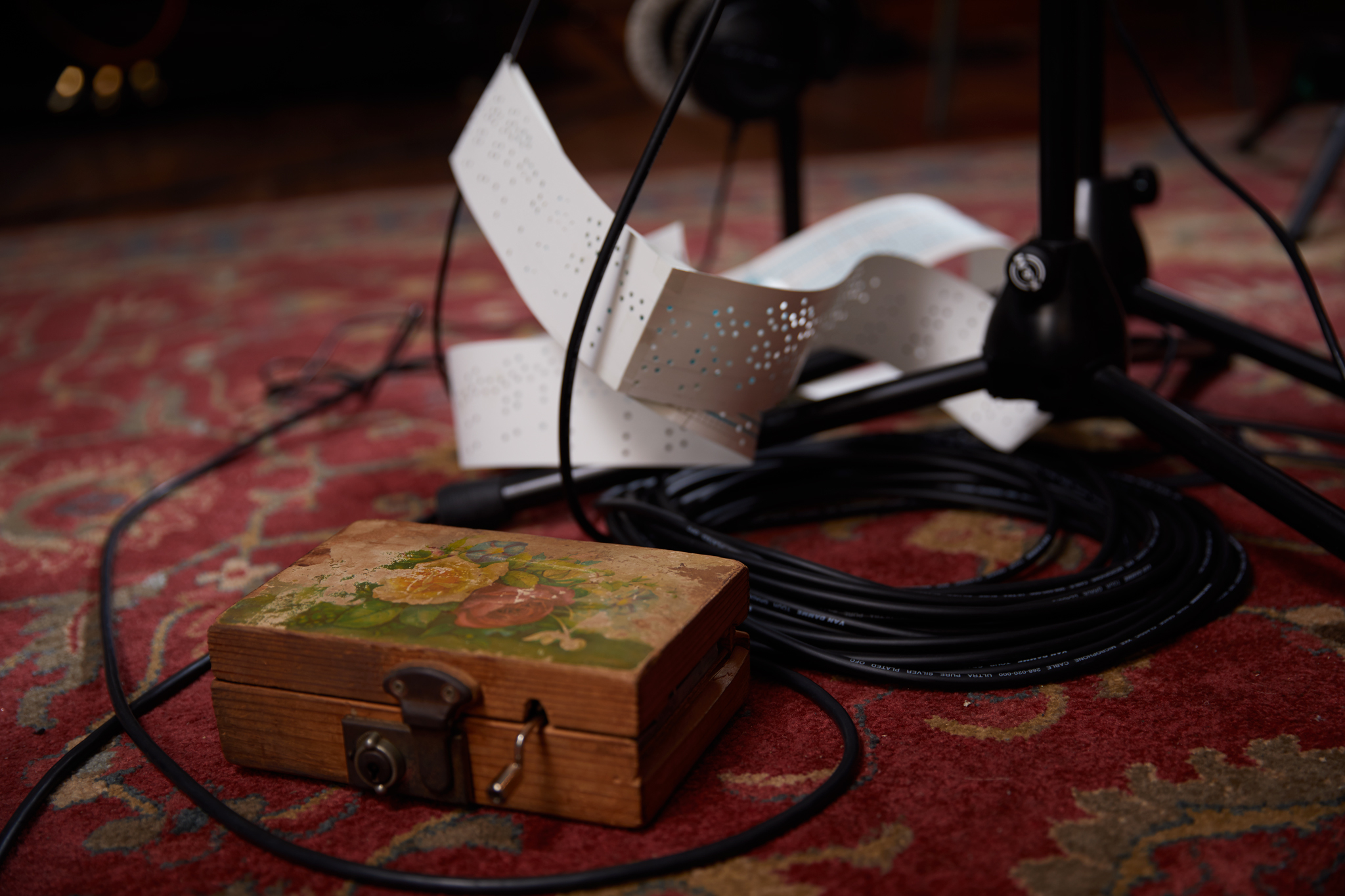 Wohl is a musician and composer born in Paris, now based in Brooklyn NY. He has produced albums, orchestral and chamber works, as well as film and ballet scores, receiving critical acclaim as one of today’s ‘imaginative skillful creators’ (NY Times). His latest collaboration with accomplished visual artist, Daniel Schwarz, sees his Electroacoustic status come alive, as his performance with the LCO is played out to the visuals of Schwarz. 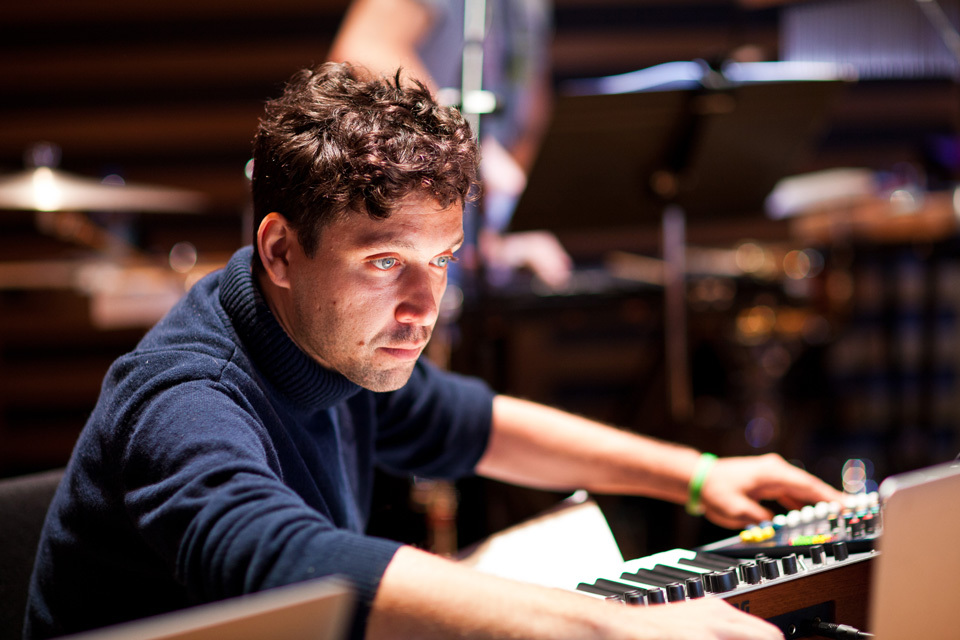 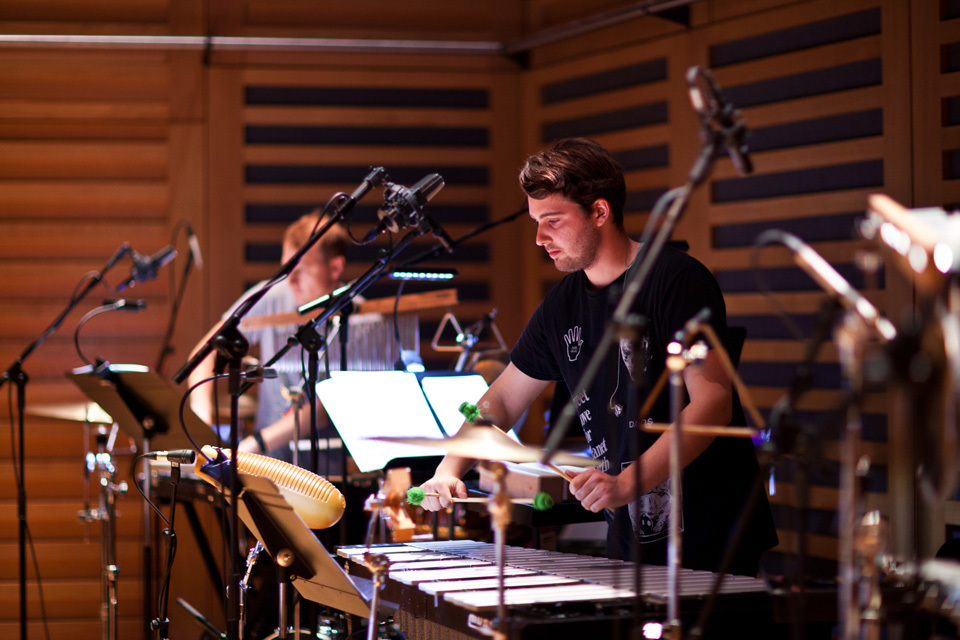 "Most of our music is written in Deal, Kent, where Anna has a studio. Being right next to the ocean with views of the horizon gives us the space to write away from the chaos of London."

AVA is a cinematic instrumental duo formed by Anna Phoebe and Aisling Brouwer. The two composers met in 2016, where their mutual love of writing for film, art and dance inspired a musical journey that evolved into their debut album Waves. Their music invokes melodic and emotional soundscapes, with the relationship between violin and piano at its heart.

Their debut album Waves will be released in 2019 on One Little Indian Records.

Based in London, UK, Patrick is originally from Sweden and Poland, and grew up in various parts of the world, spending most of his childhood living in Malaysia. He is a graduate of Berklee College of Music in Boston, and was selected to attend the Berlinale Talent Campus in 2009. Patrick has always been fascinated by the creation and transformation of unique sounds, going back to his love of guitar and a childhood spent experimenting with pedals.

Spanning film score, bespoke composition and sound design, her work is connected both by its evocative and meticulous craft.

Emilie Levienaise-Farrouch is an award-winning French pianist/composer living in London. In 2006 Emilie moved from Bordeaux to carry out a BA in music at Westminster University, then a Master’s degree in composition at Goldsmiths with a primary focus on contemporary classical music. Spanning film score, bespoke composition and sound design, her work is connected both by its evocative and meticulous craft.

Head over to Emilie’s website to see more here. 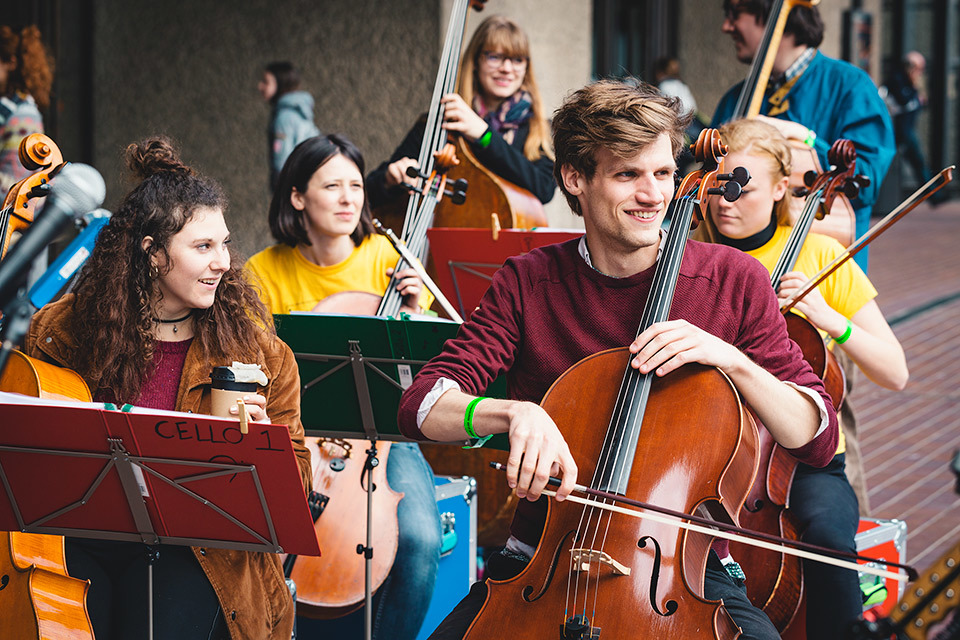 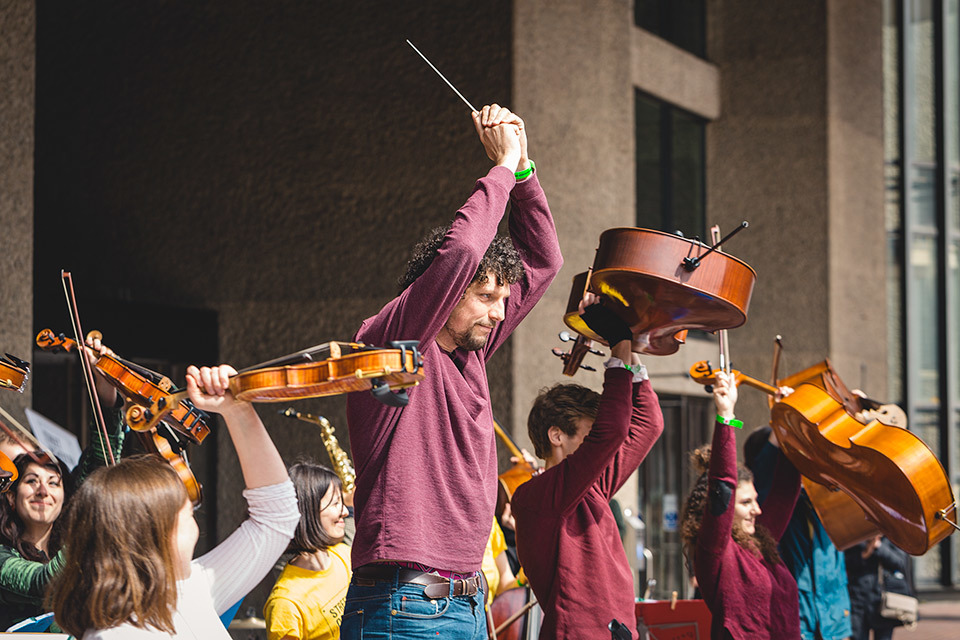 Street Orchestra of London is a 40-piece ensemble taking live performances to communities who are rarely exposed orchestral music. Drawing inspiration from the Dutch Ricotti Ensemble, the group specifically aim to break down traditional barriers of entry by touring and performing guerilla concerts. Their approach to presenting orchestral to a wider audience is simple, yet unconventional: they perform a variety of works - from classical to jazz, world to heavy metal(!), they wear everyday clothes, the play standing up, and they’re enthusiastic.